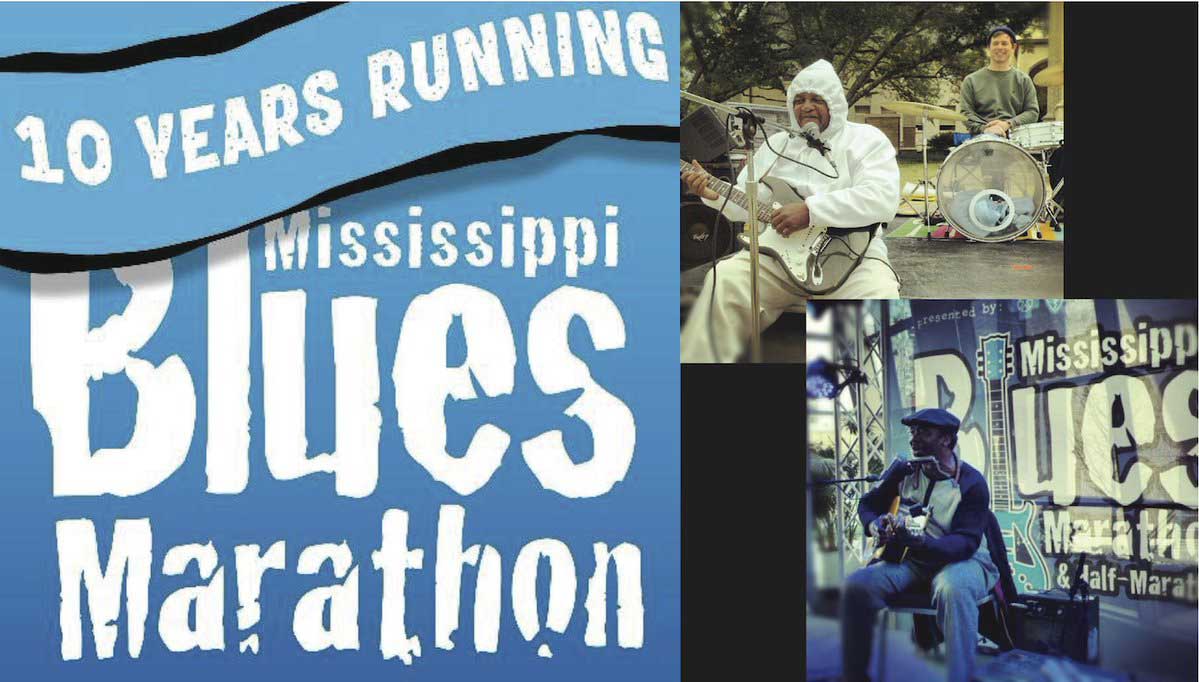 They will once again host the pre-race Blues Expo on January 5-6 at the Jackson Convention Complex (105 E. Pascagoula Sty., Jackson, MS). Vendors from across the country will have running gear, accessories, etc. and several local vendors will have blues-related items. Also enjoy music on Friday Jan 6th from national and internationally renowned blues artists such as Terry “Harmonica” Bean and Bill “Howl-N-Madd” Perry. Musicians will also provide the live soundtrack along the course on Saturday.

After participants cross the finish line, they can go to a party at the Art Garden. It will have live music, food, drinks, activities for kids and more.

The night of Jan. 7, runners and locals can participate in the Blues Crawl. Race participants can do the crawl for free, and wrist bands for non-race participants are $10. The Blues Trolley will transport people to locations such as Old Capitol Inn, Fenian’s Pub, the King Edward Hotel, Martin’s Restaurant & Bar and One Block East. The trolley will run every 10 minutes between 7 p.m. and midnight.

Since our inaugural race in 2008, the event has worked to showcase Jackson and the rich Blues history of the state. A portion of proceeds going to the Blues Foundation and its efforts to support local Blues Musicians and also the MS Blues Commission’s Benevolence Fund, which helps musicians in need.

Thanks for keeping the blues alive!