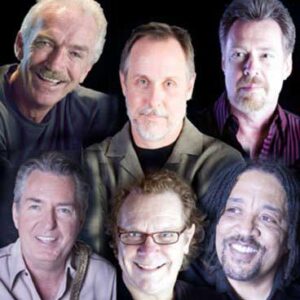 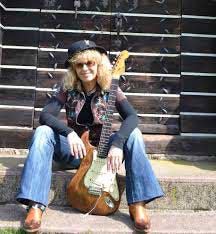 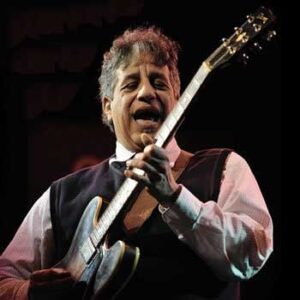 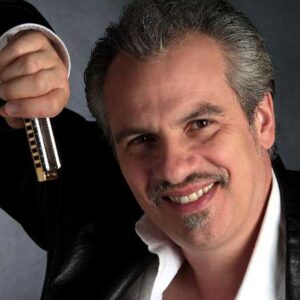 “We look forward to carrying on this tradition for many years to come,” says Michael John, Ventura County Blues Society President. “Because of the support of sponsors and the generosity of all the volunteers donating their time, we anticipate the Ventura County Blues Festival will continue to grow as it has each year.”

The Phantom Blues Band was formed as a studio band to back up Taj Mahal on his CD, Dancing The Blues. Their association with Taj led to headlining clubs, theaters, and festivals throughout the U.S., Europe and Japan, as well as being honored with two Grammys and a W.C. Handy Award. At heart, the Phantom Blues Band’s sound is a cross-breeding of numerous musical styles which includes blues, jazz, r&b, gospel, rock ‘n’ roll, and reggae. Inside Out, the band’s thirds album, features band members Tony Braunagel, Larry Fulcher, Mike Finnigan, Darrel Leonard, Joe Sublett, and Johnny Lee Schell, with help from renowned session players Lenny Castro (percussion) and The Crusaders’ founding member and keyboardist, Joe Sample.

Debbie Davies is an award-winning singer, songwriter, and guitar player.  A professional musician since the early 1980s, Davies has received ten nominations for Blues Music Awards, and in 1997 and 2010 won the award for Best Contemporary Female Blues Artist. Davies cut her teeth playing in blues and rock ‘n roll bands in the San Francisco Bay area before returning to her hometown Los Angeles in 1984, where she landed the lead guitar spot in Maggie Mayall and the Cadillacs, an all-female band led by wife of British blues pioneer, John Mayall. Davies 2015 release, Love Spin, is at once funky, rocking’, and bluesy. It’s a collection of all original tunes showcases an artist at her peak, and will no doubt put smiles on the faces of longtime fans and bring many new ones into the fold.

Chris Cain‘s jazz-tinged, blues-soaked guitar and deep, warm vocals have the maturity and authenticity of bluesmen many years his senior. His expressive style is the result of a lifetime of study and the relentless pursuit of music mastery. His passion and intensity for music was ignited early in life by his mom and dad’s deep love for blues and soul. Cain’s debut recording, Late Night City Blues (Blue Rock’it Records-1987) garnered four W.C. Handy Blues Award nominations, including Guitarist of the Year. Dan Forte of Guitar Player wrote, “An impressive debut album by a top-notch guitarist.” The combination of his blues upbringing and his jazz studies melded to form the searing guitar style that sets Chris Cain apart and has moved him to the top ranks of the blues music scene.

RJ Mischo is considered by critics and fans worldwide to be in the upper echelon of today’s great Harp players and singers. RJ’s vast discography features twelve of his own releases on several record labels. He also appears on at least twenty-five CDs as a guest or on compilations with Jimmie Vaughan, James Cotton, Kim Wilson, Candye Kane, G.Love, and John Mayall, to name a few. Mischo’s original songs “King of a Mighty Good Time” and “Two Hours From Tulsa” previously topped the playlist at No. 1 on SiriusXM Radio BB Kings’ Bluesville. RJ Mischo’s CDs, Knowledge You Can’t Get in College and Make It Good, have made the top 50 list of Living Blues Magazine’s Albums of the Year. He has contributed to two Mel Bay harmonica instruction books, and is acknowledged in The Encyclopedia of Harmonica.

Michael John & the Bottom Line Featuring Mikey Mo consists of Michael John (lead singer, guitar, harmonica), Michael John’s son Mikey Mo (lead guitar), Steve Nelson (electric, stand-up Bass), Eddie Z (tenor, alto sax), Jeff Dellisanti (tenor, baritone sax), and Tom “T-Bone” Broderick (drums, backup vocals). The group attracts people of all ages with their blend of Swing/contemporary rocking blues. They’ve received national airplay and have won multiple awards including placing in the Top Ten bands in the Finals for the International Blues Challenge. Michael John, Founder and President of the Ventura County Blues Society (and) Founder of the Ventura County Blues Festival, leads his band The Bottom Line, and since the Festival’s inception, the band have performed and donated their music. When you combine family and lifelong friends, you get a special musical bond that touches the hearts and souls of all music lovers.

From Santa Clarita, California it’s Jim Gustin & Truth Jones. Gustin is a blues singer and guitarist with a distinctive, powerful voice; soulful and deep with a smoky rasp. He is a passionate and energetic performer and has well-written catchy songs that reveal his many varied influences to his groove-oriented blues. Gustin is also a solid guitarist with great tone and a funky feel. Jeri Goldenhar, aka Truth Jones, has been singing since she was a little girl, although at over six feet tall, it’s hard to imagine her as a knee-high, little red-headed child. She has a big voice to match her impressive stature. She can belt out gospel and soul rarely heard from suburban white girls.