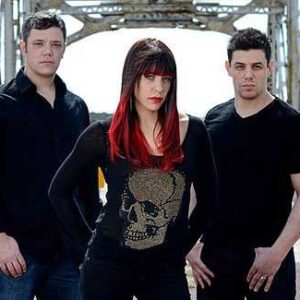 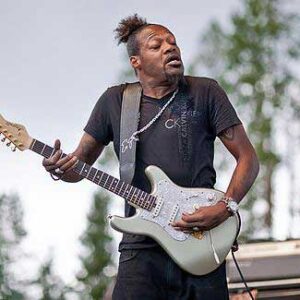 WINTER PARK, CO – This year’s 14th Annual Blues From The Top Festival features its finest music lineup yet, with a reunion by renowned Blues-Americana group, Trampled Under Foot! The festival – presented by the Grand County Blues Society, takes place Saturday, June 25 and Sunday, June 26, at Hideaway Park, 78820 US Highway 40, in Winter Park. A portion of the festival’s proceeds benefit Blue Star Connection, now in it’s tenth year of providing access and ownership of musical instruments for children and young adults with cancer and other serious challenges, as well as providing music therapy departments with instruments.

Trampled Under Foot: The soul blues trio Trampled Under Foot consists of siblings Danielle Schnebelen (lead vocals and bass), Nick Schnebelen (guitars and vocals) and Kris Schnebelen, (drums). They grew up with the blues in Kansas City. Their father, Bill, was a blues guitarist in the band Little Eva and would regularly take his three children to jam sessions. Growing up, the siblings played separately in numerous bands over the years. Danielle was in Fresh Brew (1999-2004), Kris was a staple at blues clubs, and Nick was in Killing Floor (or K-Floor), and briefly, Buddahead. Missing the family camaraderie, the siblings formed Trampled Under Foot in 2000. The band released four studio sessions: Trampled Under Foot (2006), May I Be Excused in (2008), and Wrong Side of the Blues in (2011). They also issued Live at the Notodden Blues Festival in 2010. The combination of those releases and non-stop touring caught the attention of the jazz and blues label Telarc, who signed the band in 2013. They issued their fifth studio album, Badlands, that same year. In 2016 the famed trip reunites to perform at the 14th Blues From The Top Festival.

Eric Gales: Blues guitar phenom Eric Gales was born and raised in Memphis, learning to play at age four from older brothers Eugene and Manuel in imitation of their upside-down, left-handed style (a tradition actually passed down from their grandfather, Dempsey Garrett Sr., who was known to jam with the likes of Muddy Waters and Howlin’ Wolf). Winning his first blues contest at 11, four years later Eric signed to Elektra to issue his 1991 debut LP, recorded with Eugene on bass; Picture of a Thousand Faces followed in 1993. Manuel (who previously performed under the alias Little Jimmy King) reunited with his siblings for 1995’s Left Hand Band, credited to the Gales Brothers. A newly matured Gales returned in spring 2001 to release his debut for MCA, That’s What I Am. Often billed as the second coming of Jimi Hendrix, Gales, an adequate singer at best but a dynamite guitarist, suffered for the comparison. With Gales always influenced by Hendrix and the power trio format, his next albums, 2006’s Crystal Vision and 2007’sPsychedelic Underground, both released by Blues Bureau Records, seemed like facsimile Hendrix albums, right down to the album art. His next two releases from Blues Bureau, 2008’s The Story of My Life and 2009’s Layin’ Down the Blues, found the Hendrix influence muted somewhat, but Gales, a breathtaking guitarist at times, still seemed to be looking for a way out of the Hendrix shadow and into his own oice. Gales returned in 2010 with Relentless, a collection of 13 originals, and followed it with the passionate Transformation a year later in 2011. The all-instrumental Ghost Notes arrived in the fall of 2013.

Blues For Peace Worldwide Events Coming May 27-30, 2016 This weekend is the Gator by the Bay Festival in San Diego, CA