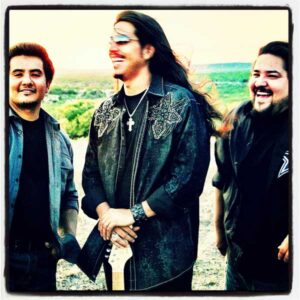 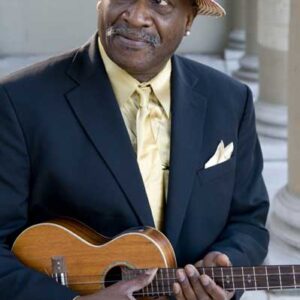 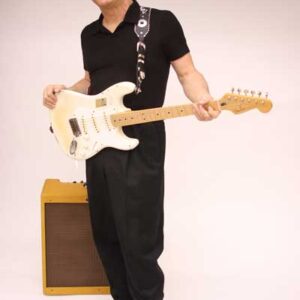 One of the most heralded blues festivals in the Midwest, Blues on the Fox, takes the stage to celebrate its 18th Season, and man, it’s going to be phenomenal. Friday, June 27, and Saturday the 28th, it’s smoking music, cold beers and beautiful scenery right on the Fox River. If you’ve never been to Blues on the Fox, then you need to experience it for yourself. If you have, then you know why you need to be there again. Six amazing blues acts in one incredible weekend, featuring Los Lonely Boys, Taj Mahal, Jimmie Vaughan, Joe Louis Walker, Tab Benoit and Samantha Fish.

Joe Louis Walker picked up a guitar at 8-years-old and his life has never been the same. He’s shared the stage with the Who’s Who in the industry including John Lee Hooker, JJ Malone, Otis Rush, Willie Dixon, Muddy, BB, Bonnie, Hendrix and more.  He’s toured the world entertaining millions with his fiery, melodic and unpredictable guitar attack; he’s recorded 23 albums and this Blues Hall of Famer is opening the festivities at the 2014 Blues on the Fox Festival.

It’s simple, Jimmie Vaughan is one of the greatest guitarists of our time – and legends like Muddy Waters and Eric Clapton are the ones that have said so.  He’s a Grammy Award winner who has created his own Texas infused blues, rock and soul sound that is unmistakable. From his days as the founder of The Fabulous Thunder Birds to his solo career, Vaughan has introduced millions to the blues. But it’s his lyrical guitar work filled with raw emotion and simple elegance that penetrates your very being. Experience the blues’ modern day troubadour up-close and personal.

Don’t let her youthful looks fool you.  Samantha Fish may be in her mid-20s, but her soul and artistry are filled with decades of powerful experience.  Fish has channeled that power into a career that has been blowing audiences away first on Kansas City, Missouri’s blues circuit, and now on a national scale. Her lyrics are piercing, her chemistry is inviting and her guitar prowess has been described by American Blues Scene Magazine as “pure fret board badassery.”

Tab Benoit got his education in blues from one of the coolest schools around, the Blues Box – a ramshackle, well-known blues club in Baton Rouge. It was there that he played as a teenager alongside a faculty of living legends and where his love for the blues flourished. With that seasoned Telecaster hung around his neck and that leathery voice belting out those Delta lyrics, Tab has gone on to be a Grammy Nominated artist that has stayed true to his roots while collecting a legion of fans nationwide.

Taj Mahal has been globally influenced when it comes to his music and the blues.  His dad was a jazz pianist/composer from the Caribbean and his mom was a teacher and gospel singer. Their home was filled with music and visiting musicians from around the world, and Taj absorbed every sight and sound. That foundation led Taj to be one of the most influential blues artists of the 20th century, injecting those various influences into his blues backbone. He’s recorded over 40 albums, won two Grammy Awards and has collaborated with a diverse group of artists including Etta James, Howlin’ Wolf, Eric Clapton, Cyndi Lauper, The Rolling Stones and Willie Nelson.

Henry, Jojo and Ringo, Jr., blew onto the music scene with the power of a Texas tornado when “Heaven” hit the airwaves back in 2004. The song went on to hit No. 1 on the Billboard charts, won a Grammy and firmly placed the trio of brothers on the radar of music lovers everywhere.  But it’s their unique sound of “Texican Rock n Roll” – which melds Texas blues along with brown eyed soul, country and Tejano – along with their legendary live shows that have made the talented artists one of the most popular bands on tour today.

Bentonia Blues Festival to be held at oldest, operating juke joint in Mississippi Join Us for The Pop Ferguson Blues Heritage Festival Next Weekend, June 13-14, 2014