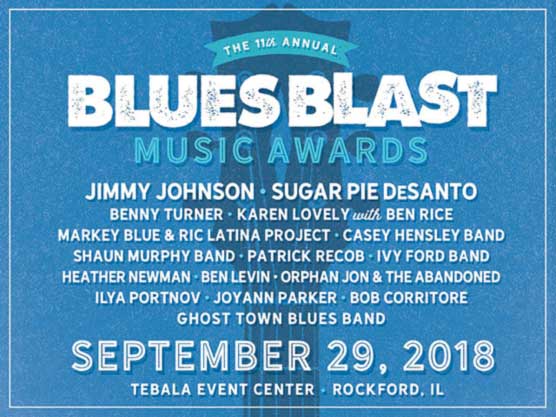 La Quinta in Rockford is the host hotel for fans and artists and about a mile from the venue. La Quinta is offering a special rate of only $89 for those attending the Blues Blast Awards. Simply call them at (815) 227-1300 and ask for the “Blues Blast Fan Rate”. First come first served. Please note that there are a limited number of rooms available, so get your tickets and rooms booked now!

Tickets and complete information on lodging and directions are available at The Blues Blast Music Awards website at www.TheBBMAs.com.