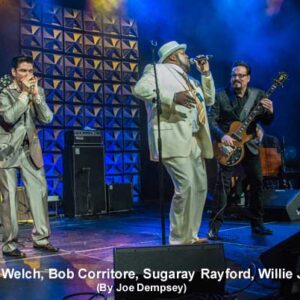 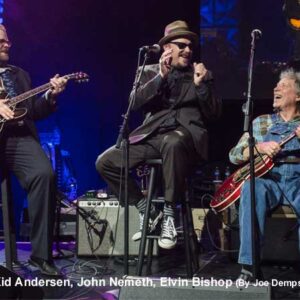 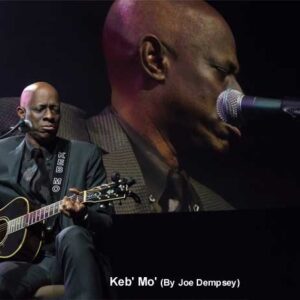 MEMPHIS, TN – The 36th Blues Music Awards took place before a sell-out crowd of 1500 in downtown Memphis Thursday night May 8. The evening began at a 5:30pm reception with nominees Austin Walkin’ Cane and Annika Chambers performing and it ended after midnight. During the course of the evening, 24 Blues Music Award winners were announced and the show featured 20 ten-minute sets, including one by Blues Hall of Famers John Hammond and Charlie Musselwhite, as well as Keb’ Mo’ and Elvin Bishop, among others. Bishop was the evening’s big winner as he took home three Blues Music Awards on the strength of his Can’t Even Do Wrong Right release which took top song and album honors. His band was voted best band by Blues Foundation members. Hammond and Bobby Rush each won two Blues Music Awards.

Here are some photo displays.

From Joe Dempsey (whose photos we’ve featured in this article): link 1 – link 2
From Dom Forcella
From Roger Stephenson