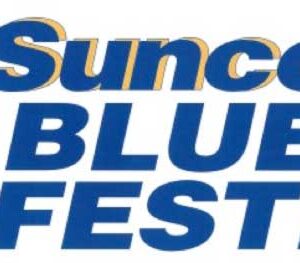 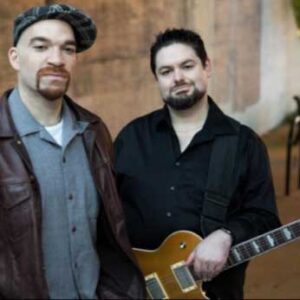 (SARASOTA, FL) – The Suncoast Blues Festival kicks off at 10am Saturday, March 3 at the Sarasota Fairgrounds, 3000 Ringling Blvd., Sarasota). A lineup of artists with numerous Blues Music Award nominations and other genre credentials to their names comes to Sarasota this weekend for Suncoast Blues Festival. This year is a single-day event, though RV and tent camping will be available.

Here’s more about the musicians performing at this year’s event.

James Armstrong: The California blues guitarist’s solo career started in the ’90s, when he released his debut Sleeping with a Stranger and had his music appear in films including Speechless. His most recent release was last year’s record Blues Been Good to Me.

Andrew “Jr. Boy” Jones: The Texas guitarist started out by playing in the bands of blues legends Freddie King and Charlie Musselwhite before embarking on a successful solo career. He recently visited the area to play Venice Blues Festival along with Elvin Bishop.

Thornetta Davis: The Detroit-born blues-soul vocalist has been a backup singer for Bob Seger, Kid Rock and Sub Pop act Big Chief, whose label she stayed on when she released her solo album in the ’90s. She finally followed that up in 2016 with the self-released Honest Woman, which received a Blues Music Award nomination for Best Emerging Artist Album.

Lurrie Bell: The Chicago guitarist is the son of renowned harmonica player Carey Bell and has had his own successful career, including playing in Taylor’s band. His 2016 album Can’t Shake This Feeling received a Grammy nomination for Best Traditional Blues Album and won in the same category at the Blues Music Awards, which also nominated him for Traditional Blues Male Artist this year.

Monster Mike Welch and Mike Ledbetter: This duo comprises Monster Mike Welch, a blues guitar prodigy given his nickname by Dan Aykroyd who also played in Sugar Ray Norcia’s band The Bluetones, and Mike Ledbetter, a onetime opera singer who later became a singer and guitar player in Nick Moss’ group. The two received a combined seven Blues Music Awards nominations this year, including band and album of the year for Right Place, Right Time.