6 Great Electric Blues Guitars for Players on a Budget 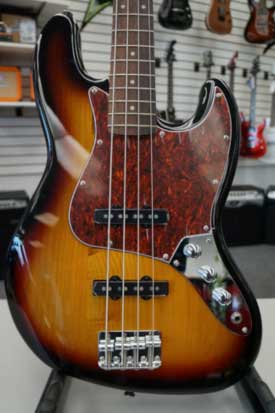 So, you’re looking to start playing the blues, but you can’t afford a Burst — or a even new USA-made Stratocaster? Well, never fear — there are plenty of affordable guitars on the market that will more than do the job.

The truth of guitar buying is that you don’t need to dynamite your way into a bank vault to be able to afford a quality guitar. Especially for the blues, you don’t need an expensive guitar.

For one, most of the guitars that the originators started playing on were not always good guitars in and of themselves. That doesn’t mean you need to be playing a vintage Sears catalog stinker to learn to play guitar like the old guys. All you really need is a guitar that is comfortable to play and gets the right sound — especially if you are new to the style or new to guitar in general.

While there are remnants of new-age Jack White-like fetishism lingering in the guitar community — mainly, the idea of needing to play older instruments that “fight you back” in order to get the blues sound — many players have moved on. Even Jack has seemed to have done this, as evidenced by his recent comments and guitar choices. The idea of playing a near-broken guitar to sound like the late great Hound Dog Taylor should be pretty much out the window in 2018, along with your busted Teisco (save those gold foils though).

In order to really develop the best techniques for electric blues and guitar playing in totality, you need a guitar that will handle bends, vibrato, and a strong attack. That’s all.

With this in mind, we’ve compiled some of the best new, used, and mostly modern electric guitars that will help get you started on your blues journey. The best part is every guitar on this list can be acquired for around $500 USD or less.

When you think of blues guitars, not everyone thinks of Thinline Telecasters. However, the Telecaster in general is a fantastic blues guitar and all-around instrument. It has been played by countless legends of the blues, including the dark troubadour himself, Mike Bloomfield.

With this in mind, there are many fantastic affordable options for a blues Telecaster on the market — made-in-Mexico (MIM) Tele with noiseless or Texas Special pickups, anyone? But to start, we will go with one of Fender’s newer, China-made entries: the Modern Player Thinline Telecaster.

While Squier is Fender’s less expensive budget brand, they have been known over the years to make a number of nice guitars for the money. From their ’80s MIJ-made SQ series and the hardtail Bullet models, Squier got its start as a brand, shocking players with surprising quality.

Harkening back to its RI and SQ-series start, the recent Classic Vibe series is arguably the best series Squier has produced since their inaugural SQ series. The Classic Vibes came in a number of models, but with the blues in mind, a couple of entries rise to the top. Specifically, the ’50s and ’60s Classic Vibe Stratocaster and ’50s Classic Vibe Telecaster.

Anyone who has seen or played one of these can speak to the bang-for-your-buck factor. On a pure aesthetic level, these guitars look superb and come in a variety of finish options with a number of premium visual touches, such as matching headstocks. For the true electric blues blues-fans especially, the two-tone sunburst ’50s Stratocaster is a traditional stunner.

The neck shapes are relatively true to the early Telecasters and Stratocasters that they seek to emulate (the thinner ones), and they will provide a satisfying playing experience for any new blues head.