7th Annual Blues on the Chippewa 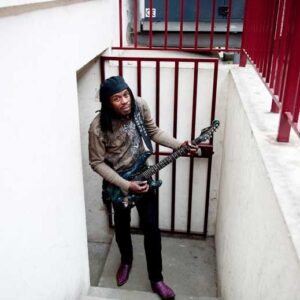 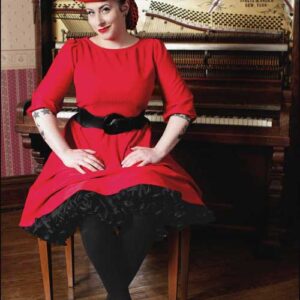 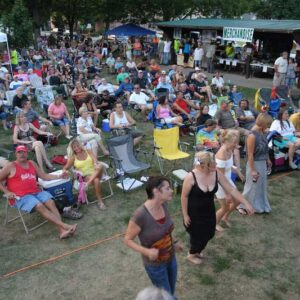 Blues on the Chippewa  organization, www.bluesonthechippewa.org  is proud to announce the seventh  annual Blues on the Chippewa music festival in downtown Durand, WI.  With Free live blues from Bernard Allison, Kelley Hunt,  The Jimmy’s, Dave Arcari & Rhythm Posse, Davina & the Vagabonds, Alex Wilson and Jim Liban, Sue Orfield Band, Left Wing Bourbon, Mojo Lemon, Annie Mack Band, Armadillo Jump, with more acts to be announced!   The all- volunteer board /event organizers plan again to use the August event to spearhead a donation drive for Pepin County’s food pantry and the Brent Titus Music for Children program. Seven years ago BOTC thought it would be a great way of doing something useful on a grass roots level as well as promoting Durand tourism and the blues revival that’s been growing in the area……now we’re having our 7th annual event!

The free concert will be held in Durand’s Memorial Park from 6 pm to 10 pm on FRI August 1st; 1 to 9:30 pm on SAT August 2nd, and Noon to 7:00pm on SUN August 3rd featuring over fifteen prominent regional and national acts. Music will continue after the last main stage act on all three days at downtown venues, with Bubba’s Back Door, the Thirsty Catfish, Corral Bar, and Cell Block Lounge all hosting live blues music.

Friday’s entertainment will be starting at 6 pm, will include The Jimmy’s and more acts to be announced.  Left Wing Bourbon will take the stage at 10pm at the Thirsty Catfish for 2014 kick-off party.

Saturday’s entertainment will begin at 9am with a Blues Brunch.    Main Stage acts in Memorial Park will start at 1 pm with the following bands listed in no particular order Kingsnakes, Left Wing Bourbon, Armadillo Jump, Mojo Lemon, Sue Orfield band  and headliner Bernard Allison closing out the night’s music with more acts to be announced. There will also be a craft fair and motorcycle show, both tarting at noon in Memorial Park.  Fritters the clown will be on hand to entertain the kids from 2pm to 4pm.  After entertainment in the park is done for the evening the music will continue downtown at the Cell Block with Mojo Lemon, the Corral Bar with King Snakes and at Bubbas with Armadillo Jump. In addition to the festival there will be a “Cruisin the Blues in my Running Shoes” race to help benefit the DHS cross country team as well as the Pepin County Humane Society.

Sunday’s entertainment will begin with a blues brunch at the Corral and Riverside grill w/live blues music from 9am to Noon.  Main Stage acts in Memorial Park will start at Noon with the following bands in no particular order:  Annie Mack, Alex Wilson Band with Jim Liban, Davina & The Vagabonds, Dave Arcari with Rhythm Posse and headliner Kelley Hunt.

The craft fair will start at noon in Memorial Park.  Fritters the clown will again be on hand to entertain the kids from 2pm to 4pm. immediately following music in the park there will be an afterglow all-star jam at the Corral Bar & Riverside Grill.

No cover charge will be taken at any location music lovers are urged to support our local sponsors /vendors and to give a free will donation of non-perishable food or cash for BOTC and the Pepin County food pantry.

Concessions of food and both alcoholic and non alcoholic beverages will be available all three days in Memorial Park.  Limited camping will also be available – please call (715) 672-8770 for information. Official sponsorships are available for $25 and up. All other information can be found on the website bluesonthechippewa.org

We reserve the right to make changes to the schedule and lineup as are necessary and those changes will be announced on our webpage.

Blues on the Chippewa is an organization dedicated to bringing positive change through the power of music.