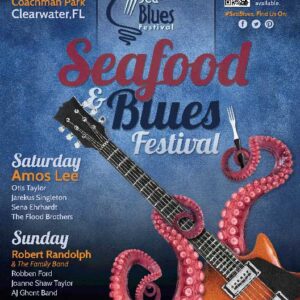 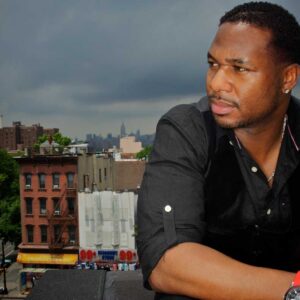 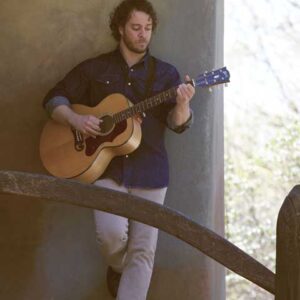 CLEARWATER, FL – Now entering its 9th year, the Clearwater Seafood & Blues Festival Presented by Perenich, Caulfield, Avril & Noyes, Feb. 21-22, 2015, will feature some of the finest blues musicians live in concert and Tampa Bay’s Finest Seafood delights. Presented in Coachman Park, this annual festival has become one of Clearwater’s most beloved signature events, and appeals to thousands of visitors during February each year.

Amos Lee – With his folk/soul/jazz/rock-infused style, Lee has earned himself a #1 album and previously opened for Bob Dylan, Paul Simon, and Norah Jones. His list of loyal fans includes the Band Perry and Lady Antebellum, and he recently joined rock greats Eddie Vedder of Pearl Jam and Jack Johnson on stage at a concert in Washington State.

Otis Taylor – Otis Taylor is an American blues musician. He is a multi-instrumentalist whose talents include the guitar, banjo, mandolin, harmonica, and vocals. In 2001, he was awarded a fellowship to the Sundance Film Composers Laboratory.

Jarekus Singleton – At just 29 years old, Jarekus Singleton is a musical trailblazer with a bold vision for the future of the blues. Singleton’s cutting-edge sound, equally rooted in rap, rock and blues traditions, is all his own. He melds hip-hop wordplay, rock energy and R&B grooves with contemporary and traditional blues, turning audiences of all ages into devoted fans.

Sena Eherhardt – Sena Ehrhardt has emerged as one of the freshest and most dynamic emerging young voices on the blues scene today. As the buzz about her incendiary performances at clubs and festivals spreads, heavyweight acts have begun to take notice. She’s been invited to open concerts for B.B. King, ZZ Top, Robert Cray, Dickey Betts, Johnny Winter and Gregg Allman.

The Flood Brothers – The Flood Brothers are a two man THUMP MACHINE whose infectious melodies and animal rhythms will have your bones shakin’ outta your boots! Heavily influenced by the early Rock ‘N Roll sounds of Memphis and Deep Blues of North Mississippi, Gabe Meyer and Jacob Best add their own bend to the boogie that could only come from the muddy banks of the mighty Mississippi River. Hannibal, MO is where these boys and their music call home.

Bodie Valdez – Bodie Valdez has a 35 year history of musical appearances, local, regional and national, and has performed with the great Buddy Guy, the late great blues man Albert Collins, the legendary Willie Nelson and many other notable musicians from the International Festival in Houston, TX to the 25th Anniversary of The Chicago Blues Festival. As bandleader of The Whodoos, professional sideman, or his acoustic solo performances, Bodie Valdez is a memorable entertainer.

Robert Randolph & The Family Band – Known for their American funk and soul sound, the group incorporates “sacred steel” into their musical compositions, which evolved out of African-American Pentecostal churches in the 30’s and is created with a lap steel guitar instrument. Rolling Stone placed Randolph on its list of 100 greatest guitarists of all time. Guitarist and front man Robert Randolph says his music is heavily influenced by church music and legendary guitarist Stevie Ray Vaughan.

Robben Ford – Robben Ford is an American blues, jazz and rock guitarist. He was a member of the L.A. Express and has collaborated with Miles Davis, Joni Mitchell, George Harrison and KISS. He was named one of the “100 Greatest Guitarists of the 20th Century” by Musician magazine.

Joanne Shaw Taylor – Joanne Shaw Taylor is a British blues guitarist and singer, who was discovered by Dave Stewart of the Eurythmics at the age of 16. The British music publication, Blues Matters!, called Taylor “the new face of the blues”.

AJ Ghent Band – The AJ Ghent Band is an American band that spans the genres of southern rock, blues, soul and funk music. When AJ takes his band to the stage, there is charm, charisma and a sound that is nothing short of innovative, electrifying, precise yet sensual, and heart-captivating. Often referred to by fans as Prince and James Browns’ musical love child, AJ and his singing guitar are guaranteed to catapult the band straight to the top of the music world.

Betty Fox Band – Soul is what it’s all about with this blues/funk infused soul band. With an extensive background in gospel and a lifelong passion for soul music, Betty Fox has burst onto the Florida music scene in a whirlwind of controlled yet unabashed passion and has taken the hearts of anyone wise enough to lend her their ear.

Clearwater is an ideal destination for travelers of all ages and interests, occupying prime real estate along Florida’s stunning Gulf Coast. As a top, year round location for both leisure and business, Clearwater boasts an endless supply of sun, warm weather, great dining and shopping, along with extensive outdoor activities both on land and at sea. Clearwater Beach is consistently ranked among America’s most beautiful and the city is also home to a wide variety of sporting and music events, including Philadelphia Phillies Spring Training and the annual Clearwater Jazz Holiday. www.visitclearwaterflorida.com