A Listener’s Guide to Blues Appreciation 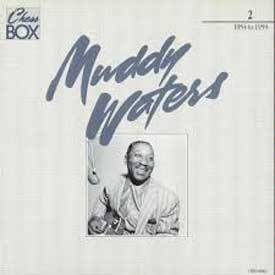 Assembling a list of the five most essential blues albums is difficult, but this chronologically-themed compendium covers each era in the genre’s history, with considerations including the album’s authenticity, the artist’s ability to transcend influences to create a new style, and the record’s amount of subsequent influence. B.B. King once defined blues as a basic, American style that creates a great artist-listener intimacy, but much of this intimacy is lost if it remains hidden from view. Ultimately, blues albums must be sold in order for the style’s rich, multicultural appeal to be revealed.

Robert Johnson is considered the ‘Father of the Blues’ today, but he only reached a sizable audience in the compact disc era, when all of his recordings were released in the form of this box set. Although recorded crudely, digital reproduction has created a crisp, sparkling historical document of Voodoo folklore. Johnson’s got a hellhound on his trail, and he wants to make sure his grave is kept clean before his date with the devil, described in “Crossroads Blues.” The haunting atmosphere was enough for rock bands like Cream and the Rolling Stones to pay attention, and you should, also.

McKinley Morganfield was the most beloved Chicago bluesman. A self-made legend, he finally connected with the public in 1959 with his chart hit, “Rolling Stone.” It and other cuts like ”I’m Ready,” and “I Can’t Be Satisfied,” are here; they birthed the British blues and the modern-day, urban blues (also known as ‘Chicago’ blues) that B. B. King and others like Buddy Guy, Magic Sam, and Junior Wells would later capitalize upon. The sophistication finally emerges, and is well suited for such a first-class talent.

Elmore James was the bridge between Johnson’s slide playing and Waters’ revolutionary rhythms. Everyone from Bonnie Raitt to Derek Trucks is indebted to James’ impeccable slide control and precision, and as Waters electrified Johnson, James added maturation to Waters’ later blues-rock fusions. Few have truly succeeded in carrying out James’ traditions, but “The Sky is Crying” and “Dust My Broom” are all you need to hear to know how important his compositions have been in carrying the tradition forward. You can hear it in the sounds of artists like Canned Heat, Stevie Ray Vaughan, and Robben Ford, but James’ singlehanded innovations represented two enormous steps forward for the blues.

This is one of many live B.B. King albums, but its urgency is what stands out from a pack that includes the much-loved Live at the Regal and the much-maligned Live at Cook County Jail. King set the king-size standard for what followed, and even though his authenticity was challenged, at the outset, there is no questioning his status as the first truly commercial bluesman, now. This half-live, half-studio outing documents both sides of the B. B. King experience, and contains some familiar cuts (“Sweet Little Angel”) alongside fusions of rock and funk that would define the genre as it entered the soul-drenched Seventies (Friends, Why I Sing the Blues).

By the Millennium, it becomes clear that the Allman Brothers are the most recent purveyors of the blues idiom. With a fan base including tens of millions of music consumers, the band’s mere existence symbolizes a modicum of long-term strength in a genre that, since its formation, has drastically receded in commercial importance. Regardless, a repertoire aimed at educating the uninitiated includes many of the most familiar blues standards, such as “Dimples,” “Outskirts of Town,” “Statesboro Blues,” “You Don’t Love Me,” and the definitive (and most cited) version of “Stormy Monday.” Without such clear foresight – much of which should be attributed to immovable classicism, such musical diversions may have been dismissed as nonprofitable commodities, long ago.