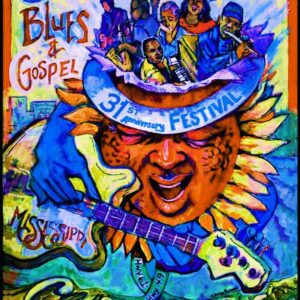 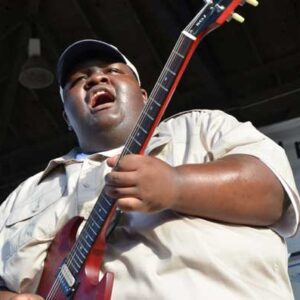 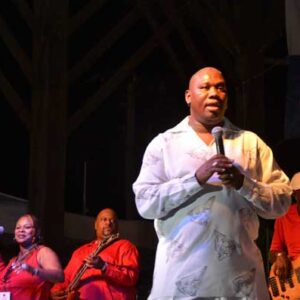 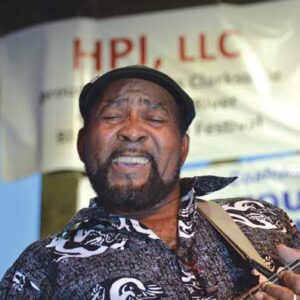 “Our 2018 festival is a showcase of the amazing hometown talent in our area; some – like O.B. Buchana, “Super Chikan” Johnson, and Christone “Kingfish” Ingram are more well-known than others, but all are extraordinary, she continued.

The festival is being dedicated to the late C. V. Veal, longtime festival emcee, and the late Josh “Razorblade” Stewart, a festival favorite for 15 years.

Since 1988 when Living Blues co-founder Jim O’Neal and Patty Johnson organized the first festival on the banks of the Sunflower River, all musicians needed to be Mississippians or claim a close connection, says Melvita Tillis Presley.

“This is appropriate for the hometown of Muddy Waters, Sam Cooke, John Lee Hooker, and Ike Turner,” adds Presley whose father played trumpet with Ike Turner and mentored Buchana in his River Mount Lounge.

Presley and Smith agree this background probably contributes to the festival’s Blues Trail Marker award and its label by USA Weekend as one of America’s Top 10 Places to hear authentic music.

Another requirement in the Sunflower’s mission statement: it must remain free and accessible to all. Presley explains fund-raising, grant writing, a VIP tent are a year-long process for Sunflower member/volunteers. They meet each month at the Delta Blues Museum and more often approaching the festival dates.

The Sunflower Gospel Festival takes place in the Clarksdale Civic Auditorium at 4:30 p.m. Sunday, and its lineup will be announced on the festival website.

For updates and additional information, visit the festival website.

The Sunflower River Blues Association is a 501(c)3 non-profit organization; new members and volunteers are invited and encouraged to join.