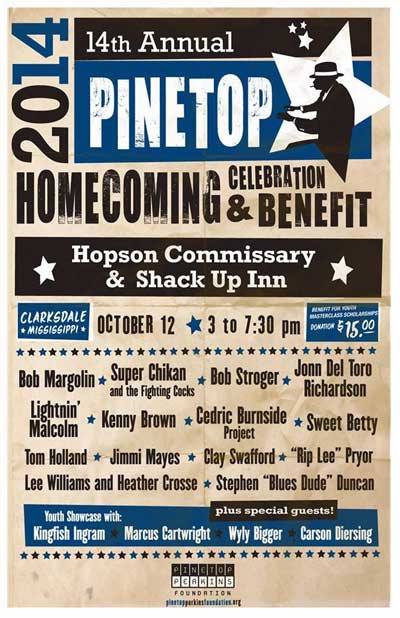 (Clarksdale, MS) – The Annual Pinetop Perkins Homecoming will be held October 12 at the Hopson Commissary & Shack Up Inn, Clarksdale, Mississippi, from 3-7pm.

Pinetop Perkins was one of the last great Mississippi bluesmen.  He began playing blues around 1927 and is widely regarded as one of the best blues pianists.  He passed away on March 21, 2011 at the age of 97.

The primary mission of The Pinetop Perkins Foundation is to provide encouragement and support for youth and young people at the beginning of their musical career; and help provide care and safety for elderly musicians at the twilight of their career.