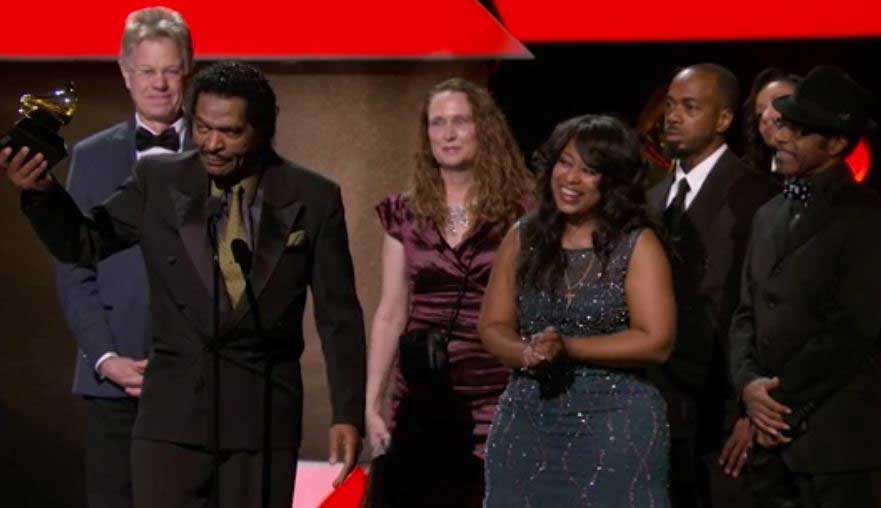 (Los Angeles, CA) – The 59th GRAMMY Awards were held on Feb 12, 2017, at Staples Center in Los Angeles. Bobby Rush won Best Traditional blues Album for his album Porcupine Meat. “Wow,” Rush exclaimed as he reached the podium with his Grammy in hand,” Thank God, first of all, for letting me be here long enough to get one of these; for Rounder Records; my producer, Scott, Dorothy his lovely wife; my manager, staff, Lo who been with me for 100 years. I said it because this is my 374th record! And finally …and finally, after recording since 1951, I’m so thankful, because I’m 83 years. Thank all the staff at the record company who was so nice to me in doing this. Thank you for voting for me. Thank the Academy for thinking enough of me to put me in the line, because if I didn’t win, I’m still a winner, ‘cause I’m in the line.”

Then, like clockwork from this humble man’s heart he simply says, “All the… the guys that I [beat] out… this to you!” as he raised his GRAMMY up high.

Fantastic Negrito won Best Contemporary Album for The Last Days of Oakland. William Bell won for Best Americana Album for This Is where I Live. He also performed “Born Under a Bad sign” with Nominee Gary Clark Jr.