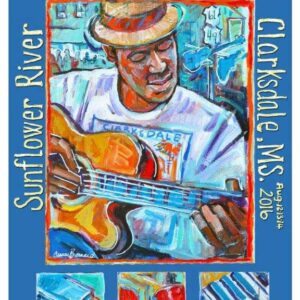 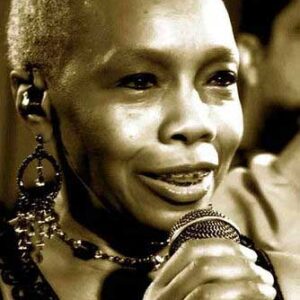 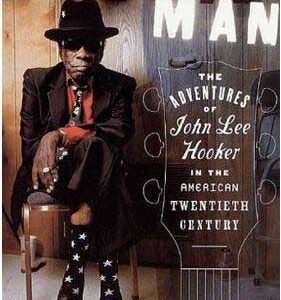 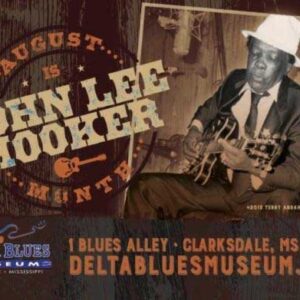 (Clarksdale, MS) – The Delta Blues Museum in Clarksdale, MS, is excited to honor the important work of native son, John Lee Hooker, and they plan to make it an annual event at the museum.

For John Lee Hooker Month, the Museum has special items on sale in their Gift Shop: CDs and vinyl, DVDs, and his biography, Boogie Man. The book “gives an account of an entire art form. Grounded in a time and place in American culture, the blues are universal, and in the hands of the greatest practitioners its power resides in the miracle of using despair to transcend it.” It’s “the authoritative biography of the musician whose career spanned over fifty years and included over one-hundred albums and five Grammy Awards. Author Charles Shaar Murray lets Hooker tell his story in his own words, from life in the deep South to San Francisco, from the 1948 blues anthem “Boogie Chillen” to the Grammy-winning album The Healer a half-century later.

They are also hosting Zakiya Hooker, John Lee Hooker’s daughter, who will be interviewed in the Museum classroom on Sunday afternoon, August 14th, at 2 pm by Paul Wilson of WROX radio.Zakiya is a renowned singer with a lengthy international musical career on her own resume. According to Living Blues Magazine, she is “a decidedly urbane stylist whose dusky alto tones, clear enunciation, and subdued phrasing bring Peggy Lee to mind.” She will talk about her father, his music and life, and her own musical history. This event is free and open to the public.

The event is part of the Sunflower River Blues and Gospel Festival, which is partnering with the DBM for this special John Lee Hooker month. The 29th annual edition officially opens Friday, August 12, 5 pm, and features the Delta Blues Museum band on the Melville Tillis Delta Blues Stage at the DBM, adjacent to our classroom. Headliners include James “Super Chikan” Johnson, Toni Green, Jimbo Mathus, Lonnie Shields, Vasti Jackson, Sweet Angel, and Lee Williams and the Spiritual QCs. The festival goes day and night Aug. 12-13 and concludes with the gospel portion on the 14th. While it’s sure hot outdoors in Mississippi in August, this year there are new, cooler, indoor venues in the afternoons. As always, the festival is free and open to the public. On Friday at 5 p.m., the Delta Blues Museum Band will open the festival. In honor of John Lee Hooker Month, they have learned a few of his songs that will be played.

During the Festival they are presenting two book signings, free and open to the public:

On Aug 12 at 1:30 pm, Judy Flowers, author of Clarksdale and Coahoma County (Images of America), will lead a Q & A in the DBM classroom.

On Aug 13 at 2:30 pm, Joseph A. Rosen, author of Blues Hands, signs copies of his book and answers questions in the DBM classroom. Photos from his book are on display in the museum gallery. The Delta Blues Museum will host the opening reception on Sept 8.