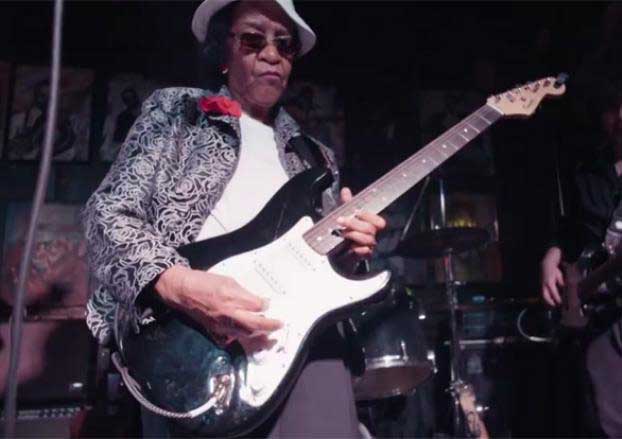 “She may have played with James Brown, B.B. King and Otis Redding back in the day, but Beverly ‘Guitar’ Watkins of the Music Maker Relief Foundation has a style and legacy all her own,” writes Great Big Story. “At 76, she’s still the queen of blues guitar.”

Watkins, who has had a long and continuous musical career, got her start in the late Fifties playing with Piano Red in the Atlanta area. Although she was well known for years within the blues community, like many roots musicians, she found it difficult to crack the airwaves or get noticed by the masses—until the advent of the Internet. In the Nineties, she was re-discovered by Music Maker Relief Foundation founder Tim Duffy, who started booking her in package shows.