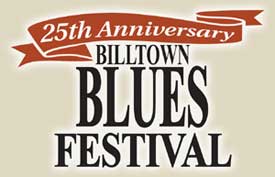 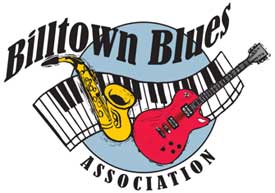 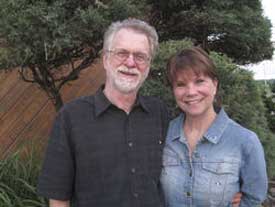 It was June 24, 1990, 25 years ago. About 150 people gathered on the private property of then County Commissioner Paul Glunk, along the Susquehanna River. Just a few weeks prior, six blues music fans gathered at Franco’s Lounge in downtown Williamsport, and discussed the possibility of presenting a blues music festival. Doug McMinn, Chris Bastress, Penny Austin, Fred Daniele, Charlie Lockard and Bonnie Tallman, each put $50.00 on the table. That was the beginning of what has become an Annual Billtown Blues Festival in Lycoming County, now in its 25th consecutive year drawing several thousand.

In 1990, there was a subtle underground interest in blues music. A local record store, TLM Records was stocking blues “albums.” Employee Bill Wilson had a passion for, and a wealth of knowledge about, the blues. Bill offered product information, both current and historical, to inquisitive shoppers. Franco’s Lounge was becoming a routing stop for touring blues bands and regional blues acts. Fred Daniele was key in introducing area music fans to extraordinary blues by Queen Bee and the Blue Hornet Band and Ben Andrews. Fresh from attending a blues industry workshop on “How to get blues on the radio!” in Memphis TN, Bonnie Tallman and Charlie Lockard embarked on a mission to get blues music on local radio. After exhausting all apparent possibilities, they found a radio station startup, Eagle 108. Visionary station owner, Skip Smith wanted to do something different called block programming. He was open to diverse programming featuring varied musical genres, sports, and talk radio. He embraced the idea of blues on his radio station. Insurance man Charlie Lockard was now a radio DJ spinning the blues.

The timing and convergence of listening to the blues on the radio, seeing live blues performances, and buying blues music in a local store laid the foundation for a successful blues festival. So with $300 the six embarked on their mission.

Securing talent, food, beverage vendors, a sound and lighting company, bathrooms, tents, creating a make shift stage, promotion and advertising, establishing where to sell tickets, figuring out where to park? The hustle was on! The word was spreading and things were buzzing about this thing call a “blues festival down Canfield Lane!” A front page story graced the front page of the Sunday Williamsport Grit featuring local blues icon, “Blue Willie.”

On festival day, the people came. Everyone involved from the musicians, production engineers, Mr. Glunk, the West Branch School who provided food and beverage donated some or all of their time and service. The lineup featured the area’s most prominent blues musicians, the now deceased Ben Andrews and the late Tonya Brown from Queen Bee and the Blue Hornet Band, The Impromptu Blues Band, and Blue Willie and the Billtown Jukes.

At the end of the day, enough funds were collected to pay all bills with a little change left over.  It was decided to form the Billtown Blues Association, a 503(c) corporation, with a mission to focus on the art form itself and the historical importance blues music has played worldwide. A few years following the BBA affiliated with the National Blues Foundation in Memphis TN.

Through the years the BBA has experienced some interesting challenges. Most significant was enduring eleven consecutive years of some degree of rain. Sometimes just nuisance showers while other times torrential downpours. The early years experienced the distraction of a parachutist landing nearby, and folks coming in on horseback. Mud caused some challenging exiting situations from the limited “parking area” (a corn field). In 1994 it was time to seek a new home. The Lycoming County Fairgrounds accepted us with open arms where we remain today.

However the move to a new location was challenging in itself.  Will blues fans be happy confined to sitting in bleachers? Not realizing this, the organizers then persuaded the Lycoming County Fairgrounds to allow us to present the acts from what was the rear of their permanent stage. This change allowed blues fans to bring in their lawn chairs and coolers…spread out and relax on the grassy track infield of the Fairgrounds. In the 20 years since that move to the Fairgrounds, fans from all over the United States including most PA counties, come and “reunion” on Festival day. The event itself mimics the birth of the art form:  Uniting for a common cause, sharing music and letting the power of the music take you to another place.

Through the 25 year history the Billtown Blues Association has brought in legends of the blues such as Jimmy Rogers, Pinetop Perkins, Hubert Sumlin, and Levon Helm – all holding prominent places in American musical history. The organization also is known for exposing up and coming artists with minimal national awareness, but destined to move up the ladder in the blues world.

Plans for the 25th Annual Billtown Blues Festival are well underway. National acts for the main stage are booked and include Brandon Santini from Memphis, EG Kight from Georgia, The Kelly Richey Band from Cincinnati, Shawn Holt and the Teardrops from Mississippi, and Lil’ Ed and the Blues Imperials from Chicago. Main stage local and regional talent will be added in the weeks ahead, as will workshops and acoustic performances in the blues tent. The festival is rain or shine, admits children under 16 free with parents. Great food from local vendors is available and area crafts and services are presented in craft alley. All Festival information with important detail, is available at billtownblues.org or call 570-584-4480 with any questions.