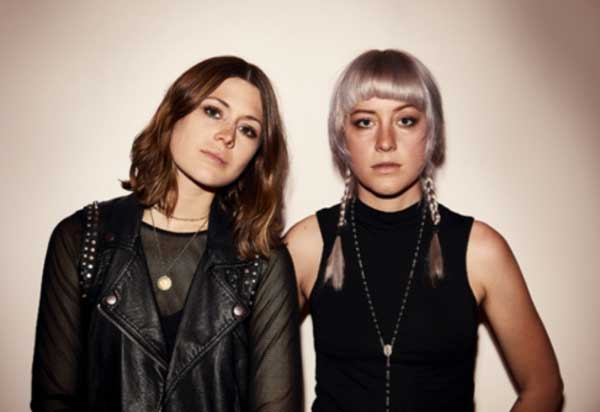 Before their upcoming performance at Detroit’s El Club on Dec. 17, [Hour Detroit] sat down with Rebecca and Megan Lovell of blues-rock band Larkin Poe, who has produced soulful, gritty hits like “Black Betty,” “Look Away,” and “Jailbreak,” and has gained a celebrity fan-base that includes Nicole Kidman and Russell Crowe. The Southern sisters dished about breaking the gender barriers of the music industry, their long-lost relative Edgar Allen Poe, and their new album, Venom & Faith, released in November.

Hour Detroit [HD]: What inspired you both to start your blues band; blues being a genre that isn’t pursued by many artists today, especially by female musicians?

Rebecca: We grew up in the South, specifically Atlanta, so the blues, bluegrass, and Americana were inevitably huge touchstones for us. To Megan and I, singing blues is returning to our roots – we’ve pursued different styles of music over the years and participated in a few collaborations. But this eight-year journey of being Larkin Poe … I think we’re finally producing American music, which has always been a goal for us.

HD: As blues artists, do you feel a responsibility to modernize the genre?

Rebecca: The blues is very dear and near to our hearts and it’s not strongly represented by women. We feel that there’s this new resurgence that is taking place in support of the blues, a genre of American heritage that is truly a treasure. In consideration of that notion, we are trying to bring it into the 21st century and respectfully take it somewhere new.

HD: And at the same time, you’re breaking down gender barriers?

Rebecca: There are so many strong stereotypes that are in place, especially regarding the entertainment industry. There are diva singers and male blues shouters – all of these archetypes that we want to do our best to shatter because people are not just little colored crayons in a box. We can be whatever it is that we choose to be.

HD: How are you changing the music industry with the decisions you make, concerning your band image?