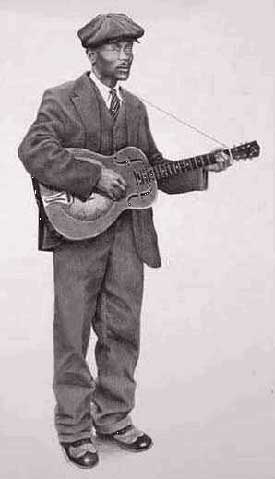 What do Buddy Guy, Roy Gaines, Blind Boy Fuller, Junior Kimbrough and Carolyn Gaines have in common? Other than all five being blues artists, their birthdays have recently been celebrated. While the first four musicians are all well-known blues legends, Carolyn Gaines (Roy Gaines’ daughter) is an up-and-coming blues singer who has already made major contributions to the blues as a teacher keeping Buddy Guy, Leadbelly, Shemekia Copeland, T-Bone Walker, Big Mama Thornton, Bobby Blue Bland, Joe Scott, Johnny Lang, Guitar Shorty, her uncle Grady Gaines, B.B. King, and Roy Gaines’ names alive behind the scenes. She has also been inspired by the four veterans and performs her own fresh interpretations of some of their songs. 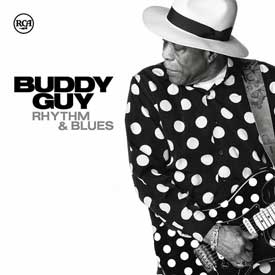 Buddy Guy, who ranks as the most famous living blues artist, celebrated his 80th birthday this July 30. Already a highly individual guitarist when he moved to Chicago in 1957, it would take another decade before Guy began to record as a leader and not be until the early 1990s that he was finally universally recognized as a blues giant. However musicians noticed his greatness early on and he was a major early influence on both Stevie Ray Vaughan and Eric Clapton among countless others. His live performances are always fiery, witty and memorable. 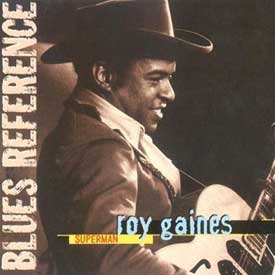 Roy Gaines recently turned 82. Although he has spent many years as a valuable sideman including with Bobby Blue Bland (recording with him when he was just 16), Big Mama Thornton, Ray Charles, the Jazz Crusaders, Les McCann, Diana Ross and Stevie Wonder, he has also released 20 albums as a leader. Inspired by T-Bone Walker, Gaines can always be counted on to play exciting solos that delight audiences with both his musicianship and his showmanship. 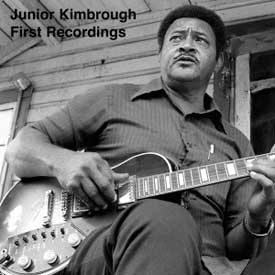 Blind Boy Fuller (1907-1941) was an early blues legend, a powerful guitarist and an uninhibited singer who recorded prolifically during 1935-40. In his last years, he often teamed up with harmonica great Sonny Terry.

Junior Kimbrough (1930-98) is best known for his songs “Keep Your Hands Off Her,” “All Night Long” and “Done Got Old.” The latter song has been performed in more recent times by both Buddy Guy and Carolyn Gaines (her very expressive version can be found on You Tube). Kimbrough’s hypnotic style, which sometimes used a steady drone, was influential and quite haunting. 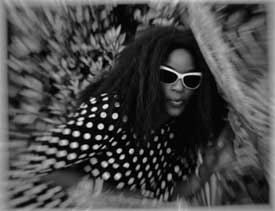 Carolyn Gaines, whose Blues Schools programs have found her educating a countless number of young students about the importance of the blues, has recently been emerging as an important blues singer. Her original, “Mr. Dill Pickle,” is inspired by Blind Boy Fuller’s 1937 “I Want A Piece Of Your Pie.” She credits her father with introducing her early on to the blues via Bessie Smith recordings and his own performances. And she has often sung her versions of several Buddy Guy pieces including “Feels Like Rain” (an unaccompanied performance can be seen on You Tube), “Born To Play Guitar,” ”Let Me Show You,”  “Damn Right I Got The Blues,” and B.B. King’s ”The Thrill Is Gone.”

Incidentally, the 96th anniversary of the first blues recording by an African-American singer, Mamie Smith’s “Crazy Blues” from 1920, was on August 10. Happy Birthday to all of the Blues Legends 2016.