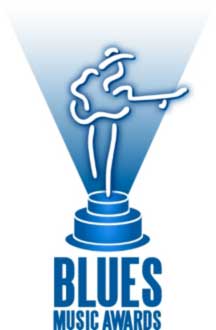 (MEMPHIS, TN) – All musicians are invited to submit their Blues recordings for consideration. Blues music released between November 1, 2017 and October 31, 2018 is eligible for consideration for a 2019 Blues Music Award.

You may formally submit your release once the submission process opens in early July via our online service.

This year, The Blues Foundation will be moving to a digital platform for recording submissions. Your complete album music must be uploaded as a WAV. file with album artwork uploaded as a PDF. We will no longer accept hard copy CDs for the purposes of BMA submission review. If you need assistance with uploading your music, email Joe Whitmer and he will be available to help you and walk you through the process. We do not want this change to hinder your ability to share your music with the nominators.

There is still a fee for submission and our related fee structure and deadlines are as follows:

The submission process officially closes on October 24, 2018. You must upload your music and artwork and complete payment for your submission transaction no later than OCTOBER 24TH to be considered for a Blues Music Award.

As you prepare to submit your music, please also be ready to choose the category in which you feel your music best falls. These choices include Acoustic Blues, Blues Rock, Contemporary Blues, Soul Blues, and Traditional Blues. All submissions will be considered for Album of the Year. If you feel that your recording represents your work as an emerging blues artist, you may also choose that category for consideration. Please note: for your album to be considered for Emerging Artist Album, you may have no more than two previous album releases prior to the album you wish you submit. With your full album recording submissions, you will also be allowed to include individual songs for consideration as Song of the Year. All music will be screened ahead of ballots going to our nominators to ensure that your music does indeed fall into the category that you have chosen and that at least 51% of your recording constitutes blues music. The Blues Foundation reserves the right to move your music into a different category based upon our definitions, as follows:

Acoustic Album: That album released during the eligibility period that best represents Acoustic Blues, with over 75% of the songs recorded predominantly with acoustic instruments.

Blues Rock Album: That album released to the public during the eligibility period that best portrays the Rock Blues genre, that hybrid that combines elements of Blues, with an emphasis on Blues, but also is rock with its heavily-amplified instrumentation and generally driving drum beat.

Contemporary Blues Album: That album released to the public during the eligibility period that best portrays Blues in which elements other than those traditionally found in Blues are part of the mix, e.g., different rhythms, different harmonies, more elaborate production values, etc. and which may offer a different approach to sounds, lyrics, instrumentation, arrangements, etc.

Soul Blues Album: That album released to the public during the eligibility period that best portrays Southern Soul Blues, a type of soul music that emerged from the Southern United States. The music originates from a combination of styles, including blues (both 12 bar and jump), country, early rock and roll, and a strong gospel influence.

Please watch for the online submission link on the Blues Foundation website in early July as well as future communications with the direct link.

As you release future recordings, we encourage you to send at least one copy of your CD to: The Blues Foundation, 421 South Main, Memphis, TN 38103-4464. The earlier you do this the better. It informs The Blues Foundation staff that your CD has been released and allows us to log it for future BMA related communications.