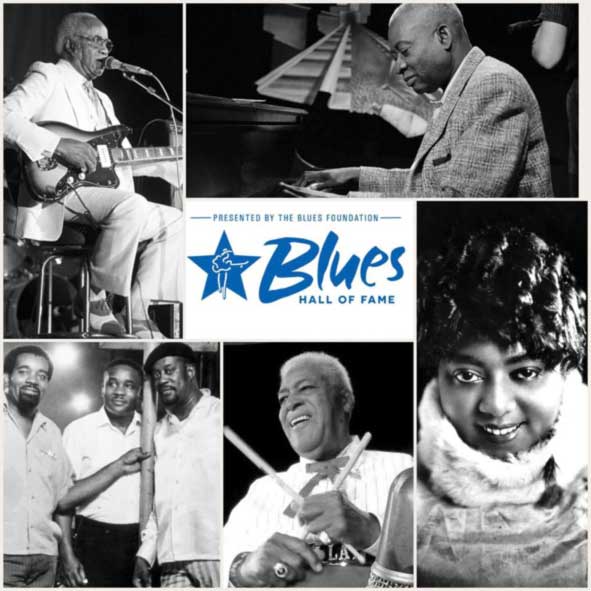 (MEMPHIS, TN) – The Blues Foundation’s 2018 Hall of Fame induction ceremony will take place on May 9th at the Halloran Centre (225 South Main Street, Memphis) at 5:30pm with a cocktail reception, followed by formal inductions at 6:30pm. Tickets are on sale now at $75 per person.

The 2018 class of performers covers nearly a century of music making. The inductees include Mamie Smith, the 1920s singer who has been hailed as the first “Queen of the Blues,” and Georgia Tom Dorsey, the blues pianist and songwriter who was Ma Rainey’s accompanist in the 1920s and later Tampa Red’s musical partner. The golden age of Chicago blues is represented by renowned band The Aces (featuring Louis Myers, Dave Myers, and Fred Below) and the legendary drummer Sam Lay. The late Roebuck “Pops” Staples will be joining his daughter Mavis, a 2017 inductee, in the Blues Hall of Fame.

The year’s honoree in the Non-Performer category is Al Benson, the disc jockey, promoter, and music entrepreneur who was the long-time powerbroker of the Chicago blues scene. The 2018 pick for the Classic of Blues Literature is I Feel So Good: The Life and Times of Big Bill Broonzy, the authoritative 2011 biography written by Bob Riesman.

An anonymous committee of Blues scholars and experts representing all subsets of Blues music convenes each year to review potential Blues Hall of Fame candidates. Recommendations are shared with the committee via The Blues Foundation offices, but we do not accept active campaigns for any potential inductee in order to keep this process fair, devoid of political overtones, and based upon actual contributions rather than individual popularity. Candidates selected for induction are determined exclusively on their body of work over their lifetime. Names of all inductees are released to the public each spring.  The Blues Foundation hosts a special Blues Hall of Fame Induction ceremony, held annually on the evening before The Blues Music Awards, as a ticketed event open to the public.