Blues help for the disenfranchised… 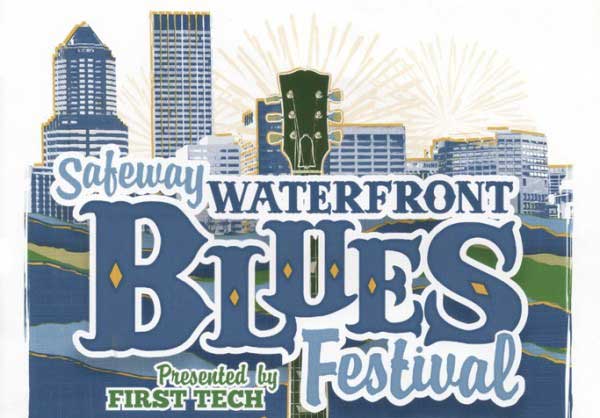 The holidays are a time for giving. I’m sure many of us dropped money and/or food into a bucket this season as a heartfelt gesture to help those in need. Now that the holidays are over, we need to remember that there are still plenty of disenfranchised people that are hungry, let alone homeless. Please watch our Video of the Week, “Something Ain’t Right,” by JP Soars featuring a song off his new CD, Full Moon Night in Memphis. “This song is really special to me and is about a very relevant issue in everyone’s city,” say JP. “We hope that we can bring some light to the homelessness issues everywhere. We could use all your help here to help us spread the word by sharing the video.”

There are also many blues-related events held throughout the year that help raise awareness, funds and food for those in need. Some of these include the Safeway Waterfront Blues Festival in Portland, Oregon, which is produced by the Oregon Food Bank. The July 2014, four-day festival raised a whooping $1,114,004 for the Oregon Food Bank who’s mission is to fight hunger and its root causes throughout Oregon and Clark County, Washington. The 28th annual Safeway Waterfront Blues Festival will be held July 2-5, 2015.

Also in the San Diego area is the Taking Music & Arts to The Streets program which is co-sponsored by the nonprofit, Photocharity, and Blues Lovers United of San Diego (who provide music instructors). Each Sunday, free music lessons, instruments, dinner, hygiene kits and clothing are offered to disenfranchised San Diego youths who have almost nothing but their dreams. Other various Photocharity events, sponsored by founder and photographer Jeffrey Sitcov, feature blues artists as well as artist memorabilia for fund-raising auctions.

If you know of any ongoing or upcoming events or blues-related organizations that focus on helping the hungry and homeless, please drop us an email with the event or organization name, with city, state and a web address and we will share with our it readers.

Happy New Year and here’s to helping others with the blues get on their feet.