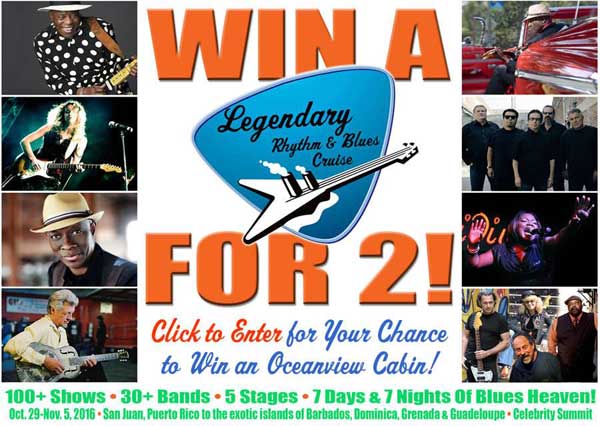 ROCK ISLAND, IL – The Mississippi Valley Blues Society (MVBS) presents local blues legends Ernie Peniston, Hal Reed, and Ellis Kell in concert on Friday, March 11, in the tented parking lot at Kavanaugh’s Hilltop Tap, 1228 30th Street, Rock Island, Illinois on Friday, March 11. The show will start at 8pm and admission is $10 if you are MVBS member, or $12 general public (MVBS applications will be available at the door).

“To the best of my memory, the three of us have never played together as a group before,” says Ernie Peniston. “Total, we have played in the Quad Cities for over 70 years, but this will be an exceptional and unique experience for the band and audience as well.” Joining the three icons will be band members Roger Alexander (bass), Zach Harris (guitar), Jamie Hopkins (drums), Kellen Myers (piano).

Ernie Peniston formed The Ernie Peniston Band in the Quad-Cities in the late 80’s, performing a tight fusion of original music, Chicago-style blues, and R&B. He has shared the stage with Prince, The Temptations, Koko Taylor, Lonnie Brooks, James Brown, Albert Collins, and many others. He also spent four years as the frontman with Blind Pig recording artists, Chicago Rhythm & Blues Kings, traveling the US and Europe. Ernie Peniston was inducted into the Iowa Blues Hall of Fame in 2003, and was also recently (Aug 2015) inducted into the Mid-America Music Association Hall of Fame (MAMA).

Ellis Kell is the founder and vocalist of The Ellis Kell Band, a blues group that has proven to be a favorite of Quad-Cities music fans. The group performed for the first time in 1990, and since then, it has won awards in Band categories many times. Ellis Kell has performed for more than half of his life on stages with a variety of celebrities, including B.B. King, Etta James, J. Geils, Johnny and Edgar Winter, Bo Diddley, Smokey Wilson, The Neville Brothers, Albert Collins and even former Vice-President Al Gore. The Ellis Kell Band has been featured on the nationally syndicated radio shows, The House Of Blues Radio Hour and The Red Rooster Lounge. The multi-talented Ellis Kell also is a blues columnist and an expert on the musical heritage of the Midwest.

“The Mississippi Valley Blues Society and Festival originated over 30 years ago as the dream of a few people, and initially featured all local and regional talent. It’s evolved into such an essential and powerful component of the Quad Cities music scene. We all want (and need) to do our part to help MVBS keep the blues alive. It is truly an honor to be working with Ernie, Hal, and everyone involved in this very special evening of Blues, simply for the sake of roots music here in our community,” stated Ellis Kell.

Though Blues harpist, singer, and educator, Hal Reed is currently living in Bettendorf, IA, he was born just a few miles from the Mississippi Delta and grew up surrounded by authentic Mississippi, Gospel and Chicago style blues pumping through his heart. His first exposure to blues music was when he heard his grandfather Lucius Smith play—a southern folk-blues artist who taught Reed insightful glimpses into early 20th century African-American music culture. Also passing down generational natural talent was his father, James T. Reed, and his grandmother, who was a devout member of the local Pentecostal Church, and his uncle, the great Lester “Big Daddy” Kinsey.  While listening to these and other blues musicians, Reed became infatuated with the music and though Blues has never had a wide-mass appeal, Reed doesn’t compromise on his passion for playing Blues and has done so for over 40 years.

This concert will benefit the Mississippi Valley Blues Society in their efforts to educate the general public about the native art form of blues-related music through performance, interpretation and preservation, thus enhancing appreciation and understanding. Special thanks to the support and sponsorship of Kavanaugh’s Hilltop Tap for making this concert possible.