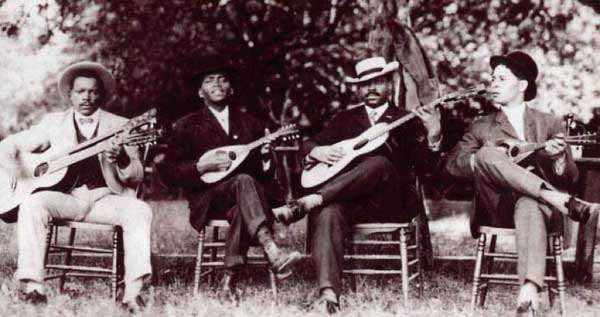 I love blues music, I have read plenty of books about the blues and I enjoy movies about the blues, or where the blues is a major focus in the soundtrack. The list below is some of the movies I have enjoyed, and they are in no particular order.

It goes without saying. This somewhat oddball movie is a cult classic and includes cameos of James Brown, Cab Calloway,
Ray Charles, Aretha Franklin and John Lee Hooker along, with a star-studded band.

A drifter takes a job as a used car salesman in a small Texas town, he develops an interest in the wife of dealership’s owner. Needless to say, they have a torrid affair. Soundtrack includes both John Lee Hooker and Miles Davis, along with Taj Mahal and Roy Rogers. An amazing soundtrack.

Oh, Brother Where Art Thou?

A Coen Brothers comedy set in 1937 rural Mississippi during the Great Depression. The music in the film was produced by T Bone Burnett and the soundtrack was recorded before filming commenced. The musical selection includes: gospel, delta blues, country, swing and bluegrass. A highlight is The Fairfield Four, an a cappella quartet with a career extending back to 1921 who appear on the soundtrack and as gravediggers towards the film’s end.

The title of the film is from a 1927 Blind Lemon Jefferson song. Musicians include: Son House, The Black Keys, Jessie Mae Hemphill, Precious Bryant, R. L. Burnside, and the North Mississippi Allstars. If you haven’t seen it, treat yourself. Samuel L. Jackson singing the blues was an eye-opener.

This is really obscure Australian movie by Rolf de Heer. It is not straight blues, but the music is very bluesy jazz. It warrants a mention, as it is so unusual. A jet lands unexpectedly in the middle of remote Australia – real red dirt country – Billy Cross, a jazz trumpet player (Miles Davis) descends from the plane, proceeds to play a show (with band), then gets back on the jet and leaves. A young boy is mesmerized. He learns the trumpet. As an adult he goes on a quest to find Cross, eventually locating him in Paris. I won’t tell you anymore. But I reckon this is one of the most powerful music-based movies I have seen. The performance was one of Davis’ last on film and the killer soundtrack  was composed by Miles Davis and Michel Legrand.

This is a 1992 British-Australian TV miniseries based on the biography of British photographer Tim Page, and focuses on his relationship with Sean Flynn (son of Errol) during the Vietnam War. The soundtrack is an instrumental album by Jeff Beck and Jed Leiber and it will blow your socks off.

A 1984 Wim Wenders road movie starring the enigmatic Harry Dean Stanton, who is ideal in this role.  The plot focuses on an amnesiac who, after mysteriously wandering out of the desert and reuniting with his seven-year-old son, sets out to find his long-missing wife. Soundtrack Ry Cooder feat: Jim Dickinson (North Mississippi Allstars) and includes Ry Cooder’s version of that amazing Blind Willie Johnson number ‘Dark Was the Night, Cold Was the Ground‘.

Water is a 1985 British comedy starring Billy Connolly and Michael Caine. The film story is set in the fictional Caribbean island and British colony of Cascara. Widely ignored by the British Government, media, and general public, the local Governor (Caine) is having an easy life in his small and peaceful colony. That is disturbed when an abandoned oil rig starts delivering water – at the standard of the finest table water brands (and laxative companies, as it contains a substance that makes you “shit like clockwork”). Different parties, including Downing Street, the Cascara Liberation Front, the White House, French bottled water producers, and the Cubans take interest in the future of the island and threaten to destroy the cozy way of life enjoyed by the island’s inhabitants.  Billy Connolly is the singing revolutionary and it includes a band called the Singing Rebel’s Band that consists of Eric Clapton, George Harrison, Ray Cooper, Jon Lord, Mike Moran, Chris Stainton and Ringo Starr. It’s a hoot.

This is a 2007 American musical drama film filmed and set in Alabama, the film stars Danny Glover as the owner of a blues club that is failing until he hires a young electric guitarist (Gary Clark, Jr.); the movie also features Keb’ Mo. The soundtrack has 35 songs, including numbers by Memphis Slim and Hank Williams among others. Ruth Brown recorded some songs for the film and was cast to play a role, but died before filming started.

Famous 1975 movie by The Who with cameo appearances by Elton John and Eric Clapton as The Preacher, leader of the Marilyn Monroe cult.

A very dark German British movie. The streets aren’t mean, they’re unforgiving. Vast warehouse walls loom over the barren pavements, and vacant lots are filled with abandoned cars. When the book that inspired this movie was written, it was attacked as pornographic. The soundtrack produced by Mark Knopfler, includes songs by Big Mama Thornton, Big Joe Turner, Johnny Otis and Helen Humes.

Where the Buffalo Roam

A 1980 American semi-biographical comedy which loosely depicts author Hunter S. Thompson’s rise to fame in the 1970s with Bill Murray in the lead role. It has a monster soundtrack but beware as later versions of film have changed the soundtrack due to licensing issues. It includes numbers by: Neil Young, The Jimi Hendrix Experience, The Temptations, Bob Dylan, Four Tops, and Creedence Clearwater Revival. One of the highlights is Bill Murray singing “Lucy in the Sky with Diamonds” and murdering it!

Not straight blues, but you cannot go past this if just for “The Boss” by James Brown and “Hortifuckinculturist” monologue. A terrific soundtrack.

A 1991 musical comedy-drama set in Dublin, the film tells the story a young music fanatic who convinces a group of working-class young people to form a soul band named “The Commitments”.

The film explores the musical era from the early 1940s to the late 1960s, chronicling the life of the influential Chicago-based record-company executive Leonard Chess, and some the musicians who recorded for Chess Records. Little Walter, Buddy Guy with Hubert Sumlin on guitar being a highlight. It also includes Mick Jagger, Keith Richards and others.