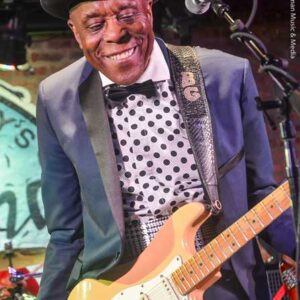 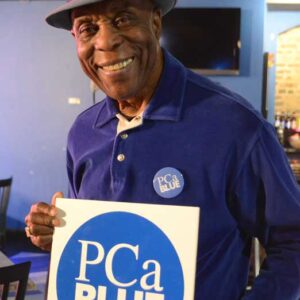 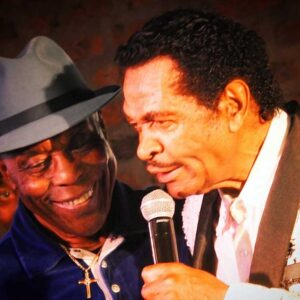 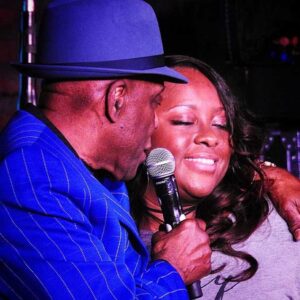 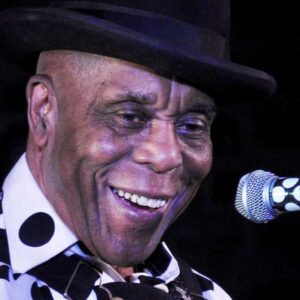 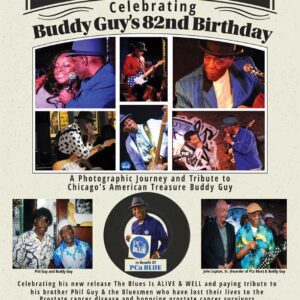 OWL Music & Media (Lynn Orman Weiss and Allen Winkler) a Legacy Production Company brings a year in focus from Buddy Guy’s sweet home Chicago. The exhibit is a three-day pop up gallery celebrating Buddy Guy’s 82nd birthday on Saturday, July 28th, Sunday, July 29th, Monday, July 30th from 4-8 pm. “Buddy Guy A Year In Pictures” takes place at The Elephant Room Gallery, 704 South Wabash Ave., Chicago (directly next door to Buddy Guy’s Legend). The gallery featuring over 40 portraits will auction and sell photos to benefit PCa Blue Foundation. Buddy is the National Spokesman for the organization which creates educational programming and awareness campaigns for prostate cancer. This exhibit is a tribute to Buddy’s brother, Phil Guy and all of the bluesmen who have died from the disease including, Big Daddy Kinsey, Raful Neal, Barrelhouse Chuck, David Maxwell. The collection of photos are unique performance shots of Buddy Guy and his band, his family and his friends over one year.  The exhibit captures Buddy on stage at his club and at his annual concert at Ravinia Festival in Highland Park, Illinois. Photographer, Allen Winkler and publicity director for PCa Blue, photojournalist & Blues DJ, Lynn Orman Weiss had a front row seat capturing every night’s performance. Buddy sets up shop for 16 concerts in January, he graces the stage with 16 opening acts, masters and rising stars. Opening night featured two legends on stage together for one cause, PCa Blue raising awareness about the prostate cancer disease. Grammy Award winning and Blues Hall of Fame inductees, Bobby Rush and Buddy Guy connected the dots to blues and the prostate cancer cause.

Fans from around the world brave the frigid zero-degree weather and wait outdoors for hours to get a prime seat to see Buddy Guy. Every night Buddy enchants his audience wearing his signature polka dot attire in an exploding palate of colors – from his derby hat to his Stratocasters the man has style and class and holds court like a king.

Fans and Super Fans from as far as Brazil, Sweden, and Japan arrive to be seated up front for all 16 nights. Buddy is a photographer’s dream – his seductive smile, the sparkle in his eye, his unique guitar playing, his captivating storytelling, raw honesty and humor, the power of his song and voice and his pure presence on stage throughout his performance are the essence of a true blues master.

The celebration continues Tuesday, July 31st at Buddy Guy’s Legends, 700 South Wabash when Buddy returns home from his world tour celebrating his 82nd birthday and the release of his new studio album, Buddy Guy the Blues is Alive and Well on Silvertone/RCA Records. Among special guests on the album include The Rolling Stone’s Mick Jagger and Keith Richards. It’s at #1 on the Billboard chart with the song, “Cognac” featuring, Jeff Beck and Keith Richards perched at the top. Other guests include vocalist James Bay and Chicago’s very own, harp extraordinaire Billy Branch.

The evening celebrates Buddy’s birthday with plenty of surprises and special guests throughout the night. Tickets are available at Buddy Guy’s website.

For more information on the exhibit and to book the collection contact, Lynn Orman Weiss via email or phone 847-452-6469.