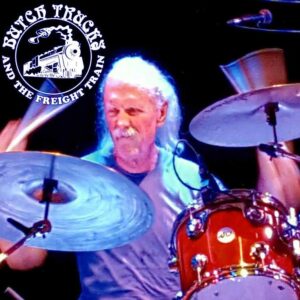 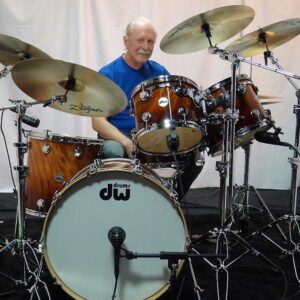 Butch Trucks and The Freight Train was formed only one year ago and is already receiving rave reviews for their fantastic live shows spanning four U.S. tours. Founding member of The Allman Brothers Band, drummer Butch Trucks, is joined onstage by world-renowned blues guitar slinger Damon Fowler, who brings his highly-acclaimed playing and unique vocals to the Freight Train stage and music. Fowler recently released his fifth full-length album to the delight of audiences worldwide. Hammond B-3 keyboard master Bruce Katz, who has appeared on over 72 albums, joins The Freight Train directly from his recent touring duties with The Gregg Allman Band. Florida-based percussionist Garrett Dawson, of The Dickey Betts Band, adds his unique rhythms and percussive style to the musical mix. Also on guitar is renowned blues Hall of Famer, Chris Vitarello. Chris has performed with iconic musicians including Bernard Purdie, John Hammond and Jimmy McGriff to name a few. The newest member of The Freight Train is 27-year-old Matt Walker on Fender Bass. He brings an energy borrowed from a lineage of musicians both old and new; from The Muscle Shoals sound to finger- picking ragtime. Rounding out the band is the young and very talented Heather Gillis, whose vocals, guitar playing, and performance tie together this amazing representation of the past, present and future of Roots Rock and the Blues.

Born in Jacksonville, FL, one of Butch Trucks’ first bands was local Jacksonville band The Vikings, who made one 7-inch record in 1964. Another early band Trucks was a member of was called The 31st of February, which broke up in 1968. This group’s lineup eventually included both Duane Allman and Gregg Allman. They recorded a cover of “Morning Dew”, by 1960s folk singer Bonnie Dobson.

Trucks then helped form The Allman Brothers Band in 1969, along with Duane Allman (guitar), Gregg Allman (vocals and organ), Dickey Betts (guitar), Berry Oakley (bass), and fellow drummer Jai Johanny Johanson. Together, the two drummers developed a rhythmic drive that would prove crucial to the band.Trucks laid down a powerful conventional beat while the jazz-influenced Johanson added a second laminate of percussion and ad libitum cymbal flourishes, seamlessly melded into one syncopated sound. Said founding member and co-lead guitarist Dickey Betts of Trucks’ addition to the original band lineup, “…When Butch came along, he had that freight train, meat-and-potatoes kind of thing that set Jaimoe up perfectly. He had the power thing we needed.”

Trucks continued to record and perform with the Allman Brothers Band until they disbanded in 2014. In 2015 Trucks performed at two festivals with a band billed as, “Butch Trucks & Very Special Friends.”

Here’s a video of Butch Trucks and the Freight Train performing a live rendition of The Allman Brothers’ “Whipping Post” – December 2015 at The Funky Biscuit in Boca Raton, FL