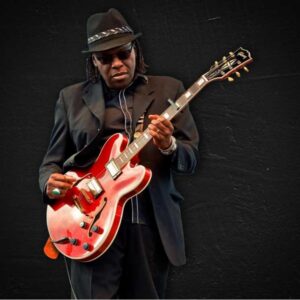 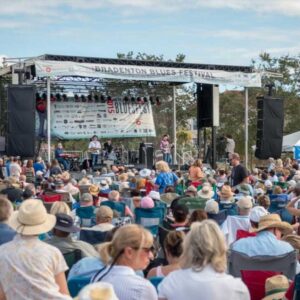 (Bradenton, FL) – A month before the fifth annual Bradenton Blues Festival, organizers welcomed some important players in the blues world.

Thanks to the annual blues festival along the Manatee River, blues musicians such as Doug Deming relocating to the area, Blues Music Magazine headquartered within walking distance of downtown Bradenton, and blues venues like Ace’s Live and Blue Rooster, Bradenton has become a destination on the blues map.

As previously reported, the festival has expanded into a weekend event with a free Blues Appetizer concert on Friday, Dec. 2, the Bradenton Blues Festival on Dec. 3, and the Blues Brunch on Dec. 4. Festival organizers are encouraging pre-event online ticket sales as the festival and blues brunch will sell out. Advanced tickets can be purchased at bradentonbluesfestival.org

Realize Bradenton is also building the excitement with the “Blues Bar Buzz” concert series, featuring top blues artists performing at local music venues. Each “buzz” event will have Bradenton Blues Festival T-shirts available for $20, limited-edition posters for $30, and general admission tickets for $25 ($5 off the advance ticket price of $30).