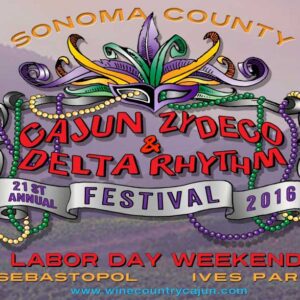 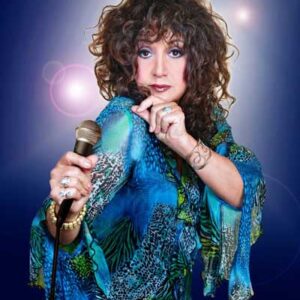 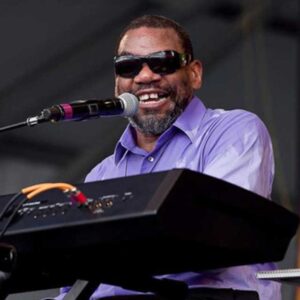 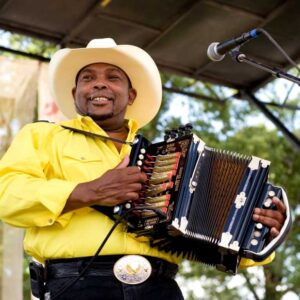 (Sebastopol, CA) – The Rotary Club of Sebastopol Sunrise is proud to present its 21th Annual Cajun Zydeco Festival, re-dubbed the “Sonoma County Cajun Zydeco & Delta Rhythm Festival” to include two days of world class music, food, dance, and fun in the Mississippi River Delta tradition occurring over the Labor Day Weekend, September 3 and 4, 2016 in Ives Park Sebastopol, California. The event begins on September 3, 2016 with a stellar line-up of Cajun Zydeco musicians including Jeffrey Broussard, Curley Taylor, and others, and continues on September 4 with internationally known artists Zigaboo Modeliste, Henry Butler, and Maria Muldaur. The event will be held in beautiful Ives Parks, Sebastopol, where visitors will dance under the redwoods, dine on fine Creole food, and enjoy superb wine, beer, and drink. Time is 11:30am-7pm both days. Tickets for the weekend are $40 in advance, $50 the day of the show, and for single days are $25 in advance and $30 the day of the show. Children under 12 are admitted free.

This year’s special headliner on September 3, 2016 is Jeffrey Broussard and the Creole Cowboys. The Louisiana based band has garnered awards, praise, and national recognition, and features the accordion mastery and soulful vocals of Jeffrey Broussard, from the legendary band Zydeco Force. September 3, 2016 performers also include Curley Taylor & Zydeco Trouble, The Zydeco Flames, and Andrew Carriere and the All Stars, all nationally known and critically acclaimed bands that spread the joy and irresistible dance rhythms of Cajun Zydeco music. The line-up on September 4, 2016 includes multiple international stars, such as Zigaboo Modeliste and the New Aahkesstra (Ziggy from the original Funky Meters), the great Henry Butler, king of New Orleans jazz, rock, and blues piano, and Maria Muldaur and her Red Hot Bluesiana Band (Maria having collaborated with Dr. John, among many others). The up and coming local band Frobeck will kick off the fun on Sunday with its reimagined Tower of Power funk sound.

The festival’s authentic Cajun menu will include gumbo, jambalaya, and other specialties, as well as Lagunitas beer, Balletto wine, hurricanes, margaritas, oyster shooters, and non-alcoholic beverages.

There will be plenty of free parking available. Accommodations and other information will be detailed at www.WineCountryCajun.com. No dogs or outside food will be permitted. Proceeds help support local nonprofit organizations and school programs, as well as Rotary International humanitarian projects.

For tickets and additional information, go to www.WineCountryCajun.com.