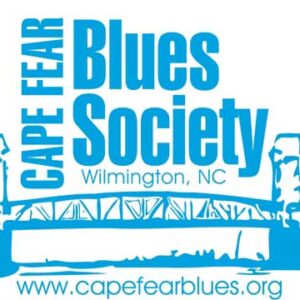 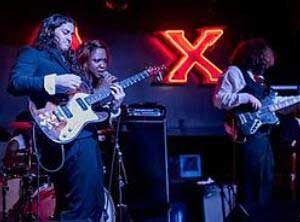 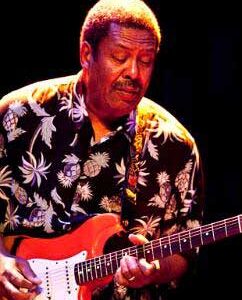 (WILMINGTON, NC) – What formed in 1987 as an organization to preserve and support the industry of blues music—locally, regionally and nationally—Cape Fear Blues Society (CFBS) has grown and evolved over its three-decade span. This weekend [June 17-19, 2016) they will host their 21st Cape Fear Blues Festival (CFBF), which also continues to change and welcome anywhere from 700 to 1,000 people celebrating the legacy of such soulfully enriching music.

Led by CFBS director Lan Nichols, the festival returns in 2016 with cooler temps. For years it was held at the end of July, but the heat proved too oppressive on the southeastern coast despite the sizzling sounds providing respite. So last year Nichols took note. “Late July has been good to us, but the opportunity to shift to a (potentially) cooler month really motivated the change,” he tells.

Change is nothing new to Nichols. In 1996, he decided to take a page out of the book of Icehouse owner Joe Carney, whose music venue was a main hub for blues in Wilmington at the time. Nichols wanted to steer the Cape Fear Blues Festival down a new road than it had been traveling.

“Joe had ideas and advice from staging previous versions of the event with the society,” Nichols tells. “He encouraged us to find a new path and presented us with the first sponsor check. In addition, new sponsors wanted us to brand it more distinctly and give it a comprehensive format. The society agreed, voted for a decision to move into the future, and the upgrade succeeded. . . . Joe was right: Finding a new way to do business was a turning point for us.”

And the evolution continues today. This year the festival is experiencing the first year without its popular blues cruise, since the Henrietta permanently deported from Wilmington’s Cape Fear River. However, Nichols teamed with Wilmington Downtown Inc. (WDI) to utilize the riverfront and their Downtown Sundown concert series as part of the weekend’s main events. In essence, it will expose even more people to the genre and help grow the festival.

“Ed Wolverton at WDI wasted no time in contacting us about an opportunity to ‘cross-support,’” Nichols says. “Like any event that you work with over a long period of time, conditions can change at any moment. Roll with it. Find resources in your community that want to work with you. Look and listen to new ideas.”

Downtown Sundown normally books cover bands throughout the summer months to provide free-of-charge concerts on the riverwalk to the public. On Friday, June 17, they’ll be hosting original blues act Southern Avenue out of Memphis, Tennessee. With Israeli-born guitarist Ori Naftaly, vocalist Tierinii Jackson, and her younger sister Tikyra Jackson on drums, as well as Daniel Mckee on bass, the band’s music is a mashup of gospel, soul, funk, and rock. Opening will be local blues outfit Snake Malone and the Black Cat Bone.

“We’ve kept local performers involved every year,” Nichols explains. “These acts work hard to get booked in local clubs, they perform around our region throughout the year, and that’s important.”

The headlining concert ($20 adv./$25 at door) will take place Saturday night at The Rusty Nail. Chicago bluesman Jon McDonald has worked with the likes of Magic Slim, Koko Taylor, Hubert Sumlin, and Junior Wells. His guitar will be backed by Dave Thorton (drums), Vic Herold (bass) and Nel Nichols (blues harp). Before McDonald takes the stage, Rusty Nail will welcome local opening acts Slippery Jake and the Bad Brakes, David Bolton and Cassiopeia Duo with Jay Killman. The music starts at 3 p.m. under the tent outside the Rusty Nail. Inside, at 9 p.m., The Rusted Rails, out of Raleigh, NC, will play their brand of blues and rockabilly.

“All of our artists bring unique experiences to the table,” Nichols tells. “We create a stage where they can perform and share the blues experience with the audience.”

The Rusty Nail has been a major influence in the society’s constant outreach, which hosts a talent competition and 64 blues jams annually. Owner Sandy Williams recently upgraded the sound system at the Nail to elevate live performances. In fact, the last day of the blues festival is quintessential to its success. The festival holds an All-Day Blues Jam and welcomes musicians on all fronts to participate.

“Novice and professional musicians can share the stage with a beginners,” Nichols tells. “That formula has worked well and yielded some memorable moments. Watching Randy McQuay cut his teeth on the blues jam stage, develop as a regional artist, and witness his rise to the top by winning the International Blues Challenge in 2015 is an epic example of what the jam can do. Musical relationships are forged. Friendships are made.”

At its heart, the festival maintains dedication to keeping the sounds and attitude alive in blues music. It is the foundation of so many genres, yet constantly struggles to be heard. However, its players are dedicated to never see its demise.

“Remaining true to the roots of blues and finding ways for the music to grow is fraught with pitfalls,” Nichols adds. “There are artists who stick to tried-and-true formulas, and the rest are looking for ways to innovate. It’s a constant push-pull effect that yields interesting results. If the new releases that cross my desk at WHQR [for my Friday-night Front Street Blues show] are any indicator, there are artists playing a melange of blues and rock, musicians who blend ‘old school’ soul, or north Mississippi hill country boogie, or other genres, and a seasoned slice of veterans who stick to straight-up blues, both acoustic and electric.”

A little bit of it all can be heard this weekend.

Get discounted tickets to the Fountain Blues Festival in Downtown San Jose held on Saturday, June 25th Guitar Pete's grave… How do we honor our blues legends?