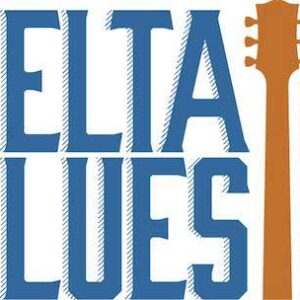 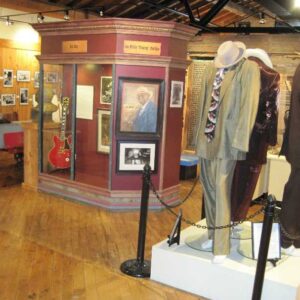 (Clarksdale, MS) – In honor of Mississippi’s 2017 Bicentennial, the Delta Blues Museum will present a monthly outdoor film series that reflects the state’s rich musical heritage. The monthly series, “Monday Movie Nights: Celebrating Mississippi’s Music History and Heritage,” begins on Monday, May 22nd and will run through September. This official bicentennial project was made possible by a grant from the Mississippi Humanities Council, through support from the Mississippi Development Authority. Films will be shown on the museum’s outdoor stage, and will be free to the public.

Museum Director Shelley Ritter shares the idea behind the series: “Our goal is to help our audience understand the influence that musicians from our state and the Delta region have had on music and the arts, and this series will provide an outlet where the community can come together to celebrate this contribution. We want to create community support that will ultimately sustain the series as an annual series through donations and event volunteers. We envision the event growing to include bi-monthly films and perhaps food trucks that highlight a different local restaurant each month.”

A brief discussion and/or “Question and Answer” session will be held prior to each screening, providing the audience context as to the movie’s connection to Delta Blues music as well as background on the importance of the film and its time and place in cinematic history. Clarksdale filmmaker and critic Coop Cooper will facilitate these discussions with a variety of panelists including academic representatives from Coahoma Community College and Delta State University.

Featured films will be tied to museum exhibits and activities, beginning with “Robert Johnson Month” in May and including “John Lee Hooker Month” in August. In case of inclement weather, the films will be shown in the upstairs meeting room of the museum, which is ADA accessible. Guests are encouraged to bring their own seating–each screening will start at approximately 8PM:

May is Robert Johnson Month at Delta Blues Museum, and this film is loosely based on the myth of his “selling his soul at the Crossroads.” During the month of May, the Museum will feature an exhibit of Kim Rushing’s photographs of Parchman Farm and a presentation by Jerry Jenkins on West African drumming. Cupcakes, provided by Kroger, will be served to visitors on May 8, the birthday of Robert Johnson.

Based on the song written by Mississippian Bobbie Gentry, the film tells the fictional story of “the day that Billy Joe McCallister jumped off the Tallahatchie Bridge,” which is located within an hour of Clarksdale. Museum highlights will feature an Artist Spotlight on Tallahatchie County’s own Sonny Boy Williamson as well as an exhibit on Sonny Boy in the gallery along with a “King Biscuit Time” display.

The classic feature, starring Elvis Presley, showcases the influence of blues on Elvis’ music. The Museum will also feature the exhibit “30 years of the Sunflower River Blues & Gospel Festival” throughout the month.

August is John Lee Hooker Month at the Museum, and the blues legend makes an appearance in this iconic film–as do many other Mississippi blues artists. August 22, 2017, marks what would have been Hooker’s centennial birthday. Museum events planned for August include 30th Annual Sunflower River Blues & Gospel Festival performances and a special exhibit of John Lee Hooker artifacts and memorabilia in the Museum gallery.

Loosely based on the story of Chess Records, the film focuses on the record label that gave birth to numerous Mississippi blues artists including Muddy Waters, Howlin’ Wolf, Willie Dixon and others. The museum will also showcase a collection of cigar box guitars during this month.