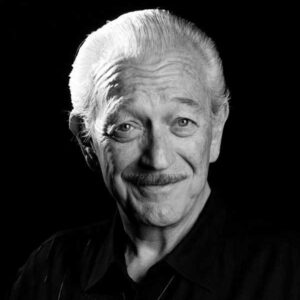 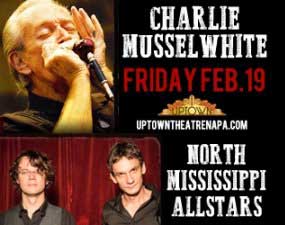 NAPA, CA – Charlie Musselwhite and the North Mississippi Allstars will appear at the Uptown Theatre in Napa, California on Friday, February 19th at 8pm.

With an induction into the Blues Music Hall of Fame, 35 Blues Music Awards and 11 Grammy nominations including a win in 2014, American electric blues harmonica player and bandleader Charlie Musselwhite has truly earned legendary status as one of blues music¹s most important artists.

North Mississippi Allstars formed in 1996; the product of a special time for modern Mississippi country blues. Brothers Luther and Cody Dickinson soaked up the music of their father, Memphis legend Jim Dickinson, and absorbed the North Mississippi legacy while playing and shaking it down in the juke joints with their blues ancestors and pioneering their own brand of blues-infused rock and roll.

For a virtual tour of Uptown Theatre See Here