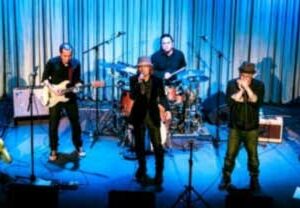 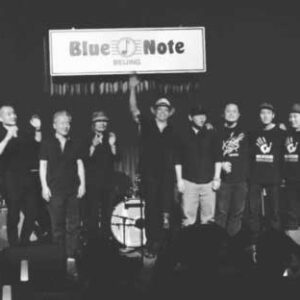 Wang Zheng had always looked up to rugged blues troubadours, but it wasn’t until 2016 that the musician actually felt like one himself. Along with his band Mojohand, who are slated to perform at Yue Space on Dec 29, he embarked on a bluesy odyssey across America in that included stops in renowned musical hubs like Chicago, New Orleans, and Memphis. Ahead of their upcoming gig, Zheng talks about the journey, how he connected to such a quintessentially American genre as a Chinese artist, and more.

How did you first discover and fall in love with the blues?
When I was in highschool I came across this book about the blues by a Taiwanese guitarist. That’s the first time I read about the blues, and it got me interested. I still remember the author’s name, Guo Qi Jie, and I am still very grateful to have read his book. And then, later on, I discovered a bootleg tape by Robert Johnson. The rest, like they say, is history.

How did Mojohand form?
In the summer of 2014 my bandmates [guitarist] Wei Wei, [drummer] Liu Chuan and a female singer from Croatia named Miranda began performing regularly at Modernista. During a break, we decided that we wanted to do a blues and funk trio, and started to practice regularly. That’s how Mojohand was born.

What led to your excursion to Chicago and Mississippi, and what did you learn about the blues while you were there?
I had been thinking about this trip for a very long time and had been planning the route ever since. Wei Wei also shared the similar ideas, and after we hooked up with Huzi, the manager of a blues guitarist named Shun, we were like: “Ok finally, let’s go do this.”

So us three headed to the States and began our trip to the root of the blues. In 2016 we had a 40 day road trip. We started driving down from Chicago, and came back up from New Orleans, and finally back to Chicago to play a famous blues venue there called Park Grant.

Sounds like a long, fun journey.
Yeah! The trip was almost 5000 km long, and so much happened that it’s hard to tell you all about it. One of the most memorable moments was when we hung out with a local African American man, drinking and jamming in rural Mississippi and swapping stories. We have experienced how people live their lives in the authentic way of blues!

What can Chinese musicians offer to a quintessentially American genre like the blues?
It was nearly the end of the last century that Chinese audiences first encountered blues music, and it was usually combined with rock, jazz and pop music. Gradually, the blues became better known here. I think, for now, we are in the period of absorbing and learning from the blues, rather than expanding its musical boundaries.

However, blues music always comes from life experience. And I believe, at this moment, China has some similarities to the time when blues was growing in the States. There are many artists such as Hang Tian, Zhanglin, Mizhang, Lang Dang Sheng Shi, and Mojohands who are dedicated bluesmen, and people like Huzi and the Blues Museum WeChat account [which can be added at gh_a09f1b8a2883; Chinese only] are spreading news about the blues also. I think, in time there will be more blues bands with strong Chinese cultural characteristics.

What’s next for you and your band?
We are just about to release our debut album and are also planning a tour that covers not only China but also some cities in the US. We hope we can play some blues festivals over there to showcase the Chinese blues flavor. We also plan to release an all original album and we’d love to record it in studios with strong blues and rock tradition. We are also members of the Memphis Blues Spirits committee and we hope to take part in the World Blues Band competition in 2019.