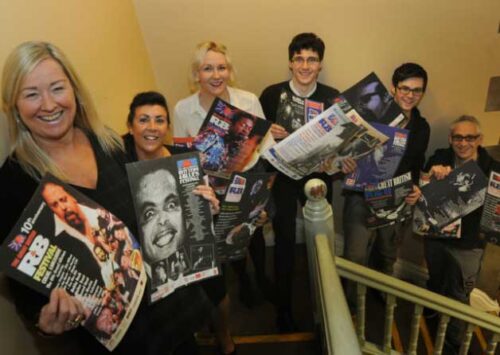 BURNLEY, LANCASHIRE, UK – Colne’s Great British Rhythm and Blues Festival has been voted the best in Europe for the second year running. The annual music event which brings Pendle’s capital of cool alive across the August Bank Holiday weekend has been named the Best Blues Festival in the European Blues Awards 2014.

The awards were started in 1981 by Dietrich Muller and Tall Boy Wilder and now are not only the longest established, but probably the biggest genre accolade outside the USA.

Voting is open to anyone, but it is mainly the blues music-loving public that have their say with the object of protecting the future of this musical genre by raising awareness at all levels.

And voting this year was absolutely phenomenal, with tens of thousands of blues fans choosing their favourites, making this by far the biggest response ever.

The Great British Rhythm and Blues Festival was up against Le Buis Blues Festival in France and Notodden Blues Festival in Norway, the largest of its kind in Scandinavia, which attracts more than 20,000 visitors and the likes of Joe Bonamassa, Gary Moore, Robin Trower, Buddy Guy and John Mayall to play there.

This year, Colne’s 25th Anniversary musical extravaganza, as usual, provided a star-studded line-up including, Eric Burdon, Eric Sardinas, Mike Sanchez, Dr Feelgood and Andy Fairweather Low – some of whom had never played before and some who had performed at the very first Festival in 1990.

Festival organiser, Alison Goode, spoke of her pride at Colne’s festival defending its title in a milestone year.

She said: “We are absolutely delighted and extremely honoured to have won this award again, which officially recognises the festival as the best in Europe.

“We would especially like to thank the thousands of Blues fans who travel to Colne year after year and keep the festival alive.”