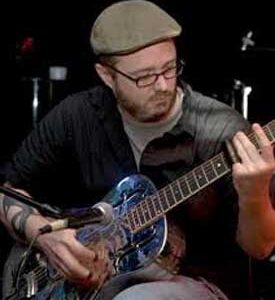 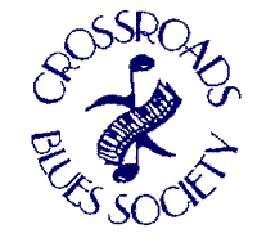 ROCKFORD, IL – Crossroads Blues Society kicks off their Black History Month Blues in the Schools programming on Thursday, Feb 9, with the start of their residency program at East High School. Local musician and educator Dan Phelps will be working with music students starting at 1:55 p.m. for the last two periods of class and then will spend the following two weeks teaching songwriting and guitar to the music students at East High School. Students from Guilford High School will also join in on the opportunity.

Students in the East High School Honors English classes have been reading the Zora Neale Hurston novel, Their Eyes Were Watching God, and are writing song lyrics based on this classic of African American literature. The music students will learn how to put these lyrics to music and how to play the songs on guitar. After the two week residency, the English and music students will work to make videos with visual graphics relating to their lyrics and the story; the audio portion of the videos will be the songs that they have crafted. The videos and songs will be presented at 6:30 p.m. on Thursday, March 17 in the newly remodeled East High School theater and auditorium. This evening program is open to the public. Dan Phelps will also be working with the Literacy and Music Program at East High School this Friday at 4pm.

The highly acclaimed music and history program The Life and Times of Leadbelly with Mark Dvorak and David Causey returns to Rockford with performances on Wednesday, February 17 at 9:30 a.m. at Washington Academy and 12:45 p.m. at McIntosh Elementary School. The programs continue on Friday, February 19 at 9:20 a.m. at an assembly at East High School and at 1 p.m. at Lathrop Elementary School. David Causey narrates the story of the legendary Leadbelly while Mark Dvorak plays and sings the songs of this music legend.

The programs come about through the work of the local non-profit organization Crossroads Blues Society. The Society has worked since May of 2002 to provide music programming for local schools in Rockford and the surrounding school districts. Prior to these February programs, Crossroads has provided 152 programs for over 46,000 students at no cost to their schools. The residency program is being funded through a grant from the Kennedy Center Foundation via RPS 205 and the Leadbelly programs are being funded from Crossroads Blues Society’s local fundraising efforts. Their primary means of fundraising is now their annual music festival. The 7th annual Crossroads Blues Festival at Lyran Park will be held this year on August 27. For more information on Crossroads please go to CrossroadsBluesSociety.com and for their festival go to CrossroadsBluesFestival.com.

Crossroads also produces a bi-monthly newsletter entitled The Groove with 25-30 music reviews and articles about their activities and music events in the area. They hold monthly shows on the second Saturday of each month at 8 p.m. in conjunction with the Hope and Anchor English Pub, 5040 N. Second Street in Loves Park, and on the third Friday of each month at 7 p.m. in conjunction with the Lyran Society, 1115 4th Avenue. These shows are open to the public. Crossroads also conducts other events throughout the year in addition to these shows and their festival. Check out their blog at CrossroadsBLuesSociety.blogspot.com to learn about their upcoming events. Crossroads Blues Society was honored in 2014 at the top affiliate of the International Blues Foundation for their body of work in the Keeping the Blues Alive since 1994. They also we inducted in the Chicago Blues Hall of Fame in 2014 and they have received a RAMI award as the top Community Organization.

B.B. King Tribute at 58th Annual GRAMMY Awards, Lifetime Achievement Honorees and Blues-Roots Nominees They Will Have To Kill Us First Malian Music Documentary Is Headed To U.S. Theaters