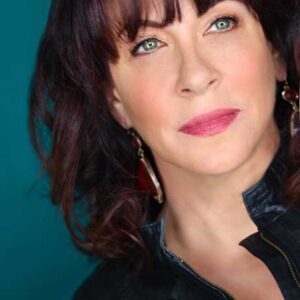 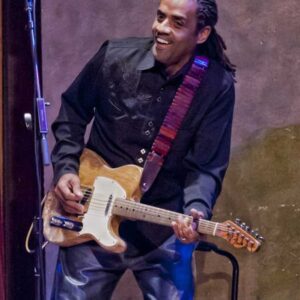 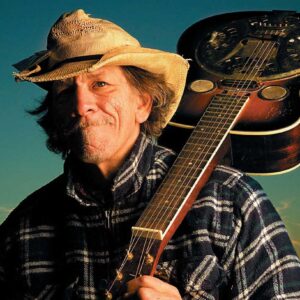 DAYTONA BEACH, FL – The Daytona Blues Festival is opening with its strongest Friday line up ever at Jackie Robinson Ballpark in Daytona Beach, Florida. With Janiva Magness, Kenny Neal and Watermelon Slim following two IBC standouts, Friday, October 9, will be a special day no blues fan should miss.

Recognized five times as the Contemporary Blues Female Artist of the Year at the Blues Music Awards (BMA), Janiva Magness closes our exciting first day of blues. Her latest release, the BMA Contemporary Blues Album nominated Original, was one of 2014’s top charting blues/roots albums, and it includes the BMA Best Song nominated “Let Me Breath.” On Original, Janiva co-wrote a majority of the tracks for the first time, “revealing herself as an intelligent and emotionally relentless singer and writer with some stories to tell.” (Steve Leggett in AllMusic).

While all of Janiva’s albums are amazing, her live shows may be even better. Her voice has been described as “strong without pushing, forceful without strain, controlled and raw simultaneously.” (Melissa Bratcher in PopShifter) She is a “singer of raw power, emotional complexity and seemingly unimaginable technical ability.” (WhatzUp Picks) As only the second woman to be named the BMA B.B. King Entertainer of the Year, Janiva doesn’t put on a show, she creates an experience. We look forward to the experience she will create Friday night at our festival. Watch her perform “I Need a Man” from Original  but be warned — you may spend the rest of your day watching her videos!

Opening for Janiva is the modern swamp-blues master Kenny Neal. The multi-instrumentalist (harmonica, bass, trumpet, piano and guitar), who toured as Buddy Guy’s bass player while still a teenager, was recently inducted into the Louisiana Music Hall of Fame. No less than Blues Revue dubbed Kenny “one of the brightest young stars on the blues horizon, and a gifted artist.” Kenny’s last two albums, Let Life Flow, and Hooked on Your Love, raked in the awards and provided the soundtracks for his renowned live performances. With a new album Bloodline coming out soon, Kenny and his band will be bringing their swamp-boogie and straight ahead blues to a batch of new songs. Hear those new songs, and maybe get a new signed CD, as the sun sets Friday night. Enjoy Kenny’s energy on “Louisiana Stew” from Let Life Flow.

Before Kenny, Bill “Watermelon Slim” Homans and the Workers will make a rare American appearance. Nominated for six BMAs in both 2007 and 2008, he is the only blues artist in history with 12 nominations in two consecutive years. Slim taught himself upside-down left-handed slide guitar while recovering in a hospital in Viet Nam. That guitar, a gritty harmonica, and a gruff Okie twang are what Slim brings musically to the stage. Lyrically, his songs are informed by his years driving trucks, farming, bowling and his near death experience. With two bachelor’s degrees and a master’s degree, the bi-lingual Slim is one of the best educated men in the blues, yet his music revolves around lives of and issues facing the common working man. This may be your only chance to see Slim for some time, so don’t miss it. Experience an offering from Watermelon Slim.

The 2015 International Blues Challenge (IBC) was good to Noah Wotherspoon and his band. Noah received the Best Guitarist Award, and his band placed second in the finals. No one should be surprised. Now in his early 30s, Noah has been performing on stage since he was just 13 when he opened for Derek Trucks. The original songs he played at the IBCs come from a wealth of material he has been developing since his early 20s. Noah’s unique and truly original style brought the crowd at the IBC finals to their feet. We expect they’ll do the same at the Daytona Blues Festival Friday afternoon.

Friday begins with one of the most original and unique bands from the 2015 IBC, The Vaudevillian. With Brendan J Stephens on vocals, guitar and carzoobamaphone, and Willow Walker on vocals, washboard and banjo, The Vaudevillian takes the listener back to the 20s and 30s. When asked to describe their particular form of Jug Band music, Brendan replies, “we play 1920s Rock -n-Roll.” Whatever one calls it, their music took them to the IBC semi-finals, and took those of us who heard it out of our chairs and onto the dance floor. They are the perfect act to open our sixth annual festival with a bang . . . and a carzoobamaphone.