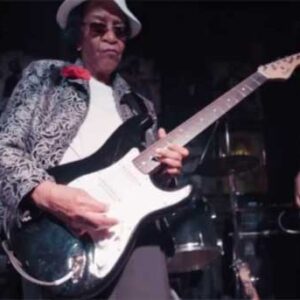 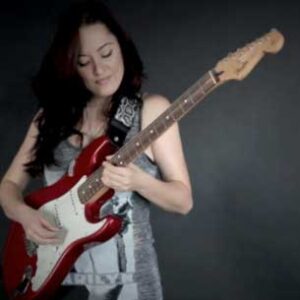 (Prescott, AZ) – Acclaimed blues-rock guitarist Diana Rein aka “The Six-String Siren,” teams up with former Grammy winner and blues guitar legend Beverly ‘Guitar’ Watkins, for a performance together at Prescott Center for the Arts, on the PCA Main Stage (208 N. Marina St., Prescott, Arizona), Saturday, November 11. Showtime is 7pm. Tickets are $32 (advance) and $38 at the door. Watkins will be backed by Prescott’s own, RD Olson Band.

Beverly “Guitar” Watkins is the Georgia Music Legend Award Winner. If you’ve never seen a blues lady who can play guitar behind her head, belt out powerful songs, and lay down James Brown steps, you’ve never been in the audience when Beverly Guitar Watkins was burning down the house. As a teen she teamed up with the legendary Piano Red and has rocked venues with the best of them for 6 decades. Through the years Beverly Guitar Watkins has stolen the hearts and blown the minds of audiences internationally.

The fiery guitarist/singer Diana Rein was voted “Best Female Artist” for 2016 by the Doc’s Blues Awards. She was also chosen one of the “25 Artists and Bands Who Made 2016 Rock!” in Rockwired Magazine’s year-end issue and won “Best Blues Artist,” “Best Female CD,” and “Fan Favorite,” as voted by the website, L.A. Music Critic.

Prescott Center For The Arts