Dig in to Decades of Recordings, Photos and more from folklorist William R. Ferris 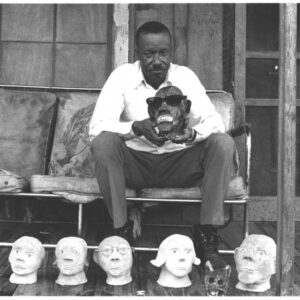 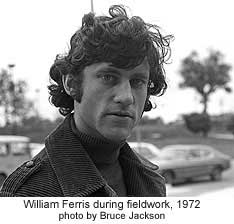 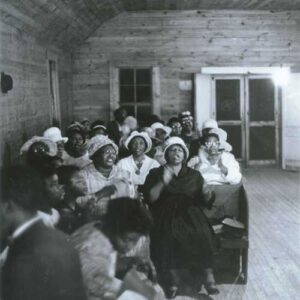 CHAPEL HILL, NC -More than 1,000 audio files are now available for streaming from the collection of noted Southern folklorist, documentarian, author and teacher William R. Ferris. Made available by the National Endowment for the Humanities and presented by the Southern Folklife Collection, “From the Piedmont to the Swamplands: Preserving Southern Traditional Music” is a decades-long overview of life in the region in all its marvelous diversity—songs, prison work chants, gospel services and children playing on a Mississippi porch, all recorded by Ferris.

There are interviews, too, ones in which Ferris largely gets out of the way to let the voices come. There is no order to this procession: Photographer Walker Evans appears alongside faith healer Fannie Bell Chapman, while author Eudora Welty speaks in turn with acousticblues musician and sculptor James “Son” Thomas. There are film clips of Mississippi’s Gravel Springs Fife and Drum music, recordings of Ferris’ lectures, and pictures of the late B.B. King’s visit to Yale in the 1970s. While daunting at first, the best place to begin is listening.

Here’s legendary blues bassist and songwriter Willie Dixon, interviewed by Ferris in 1976, talking about his birth and early life. And here’s the Foster family singing gospel songs in their home in August 1967. You can hear the creak and scrape of chairs on the wood floor. Now it’s Theora Hamblett, walking around her “room of visions” in Oxford, Mississippi, her footsteps going from one speaker to the other as she describes her art.

Ferris has had a distinguished career as a professor and administrator, but he is a documentarian at heart. Much of his life has been spent relentlessly recording, photographing and filming his subjects, all of whom are presented unadorned here. In his courses, he has spoken of the “contested history” of the South, while providing the very antidote to historical revisionism: the voices of the people themselves. We are lucky to have these materials, then, for no worthy narrative of this region can be told without letting Ferris’ work first speak for itself.