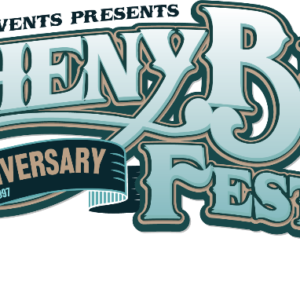 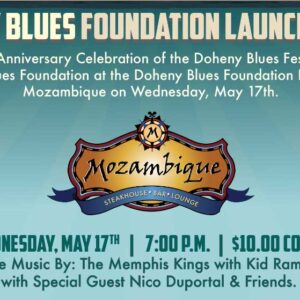 The newly-formed 501(c)(3) non-profit foundation will aim to inspire appreciation for the blues by cherishing its history and promoting its future. The mission of the foundation will be to promote awareness of blues music and provide education about its history, cultural significance and relevance to the present – resulting in greater appreciation and understanding of the uniquely American art form.

For 20 years, the Doheny Blues Festival has created a festival environment like none other. The cornerstone of the event is three alternating stages of blues, rock and soul music, with legendary artists alongside rising stars, all held at the beautiful beachfront venue of Doheny State Beach.   This history of supporting blues artists in Southern California and the strategic relationships developed over the years with musicians, music industry executives and other key industry players serve as an important advantage when it comes to the initial launch of the Doheny Blues Foundation.

Rich Sherman, president of Omega Events and founder of the Doheny Blues Festival, is proud to be launching a foundation that will further the mission of bringing blues to Southern California, stating “the launch of the Doheny Blues Foundation is the logical next step in completing our goal of not only bringing the blues to Southern California, but ensuring that the music grows and thrives here for generations to come.”

Several tactics will be used to accomplish the two main goals of the foundation.

The board of directors is currently being formed and Patti Compton, Director of PR for Omega Events, will serve as the Executive Director of the foundation. Her role will be to plan and facilitate strategies and tactics to achieve the mission of the foundation – to foster greater understanding and appreciation of the blues. Doheny Blues Foundation official start of operations is slated for September, 2017.

In 1998, the Doheny Blues Festival was born; twenty years later, the festival continues to receive praise and recognition as one of the top blues music festivals in the nation, featuring 24 sets of music on three alternating stages, plus tasty food, microbrew sampling, eclectic vendors and family fun. The festival is held at Doheny State Beach, a 62-acre California State Park, with sandy beaches, great views, overnight camping and a scenic waterfront grass park. Two main stages are placed at opposite ends of the large grass field, with a third stage, The Backporch, in its own tree-lined bowl, which offers intimate sets of music throughout the weekend.

For over two decades, Omega Events has been a leader in live entertainment, bringing world-class musicians and their fans together at a variety of music festivals, winery concerts and special events. Omega Events’ team specializes in every aspect of event production, including talent buying, sponsorship, marketing, beverage sales, vendor relations, cash-management and concert production.