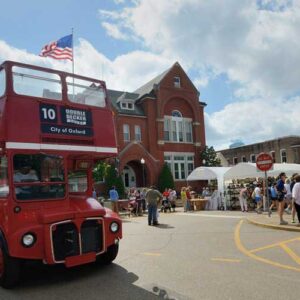 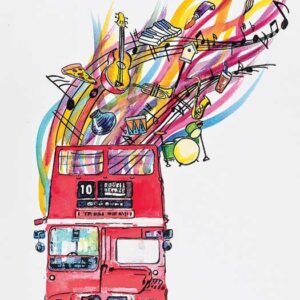 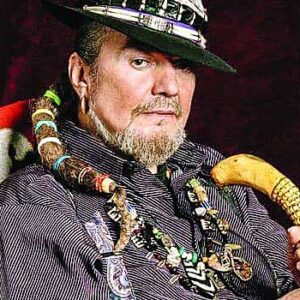 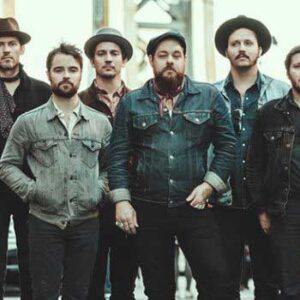 (Oxford, MS/The Local Voice) – Double Decker Arts Festival is Oxford‘s annual celebration of food, music, and arts. The festival is going into is 22nd year and, as is tradition, is bringing you a diverse music lineup [April 28-29, 2017 in downtown Oxford, Mississippi]. This year’s festival has a lineup of featured musicians for the weekend, including James McMurtry, Luther Dickinson, Dr. John & the Nite Trippers and Nathaniel Rateliff & the Night Sweats.

Friday’s music schedule includes Jimmy “Duck” Holmes (6pm) who has lived a life steeped in blues. Today he is the last living practitioner of the celebrated style of Bentonia blues made famous by Skip James and Jack Owens. In addition, Holmes operates what is arguably the oldest juke joint left in Mississippi and is the organizer of one of the longest-running festivals in the state – the Bentonia Blues Festival.

Saturday’s music schedule includes Robert Finley (1 pm). Onstage, he’s infectious. It’s the whole package—his sound, his songs, his energy, his look. Hailing from Louisiana, he mixes a Memphis-to-Texas electric southern grit with Nashville-clever songs. He’s gangly and graceful with an indomitable smile that radiates beneath his black ridge-top hat. “I don’t believe in doing a lot of holding back,” Finley says, “I’m going to give you everything I’ve got.”

Luther Dickinson (5:30pm) is the lead guitarist and vocalist for the North Mississippi Allstars and for a time among the many lead guitarists for The Black Crowes. On Blues & Ballads (A Folksinger’s Songbook) Vol. I & II, Luther Dickinson finds his way forward by retracing his steps. This ambitious double album collects twenty-one tunes from throughout his life and career—songs he wrote with his rock & roll band the North Mississippi Allstars, songs he learned from friends and family, songs passed down to him by his heroes and mentors, songs that have lived in the American subconscious for decades now—and pares them down to their irreducible elements. Voice, guitar, drums. Here and there some blues fife or Beale Street piano.

Dr. John & The Nite Trippers plays at 7 pm. The legendary Dr. John is a six-time Grammy Award-winning musician and Rock & Roll Hall of Fame inductee. Known throughout the world as the embodiment of New Orleans’ musical legacy, Dr. John is a true icon in American culture. His colorful musical career began in the 1950s when he wrote and played guitar on some of the greatest records to come out of the Crescent City, including recordings by Professor Longhair, Art Neville, Joe Tex, Frankie Ford and Allen Toussaint.

Nathaniel Rateliff & the Night Sweats (8:45pm) practically explodes with deep, primal and ecstatic soulfulness. This stunning work isn’t just soul stirring, it’s also soul baring, and the combination is absolutely devastating to behold. You don’t just listen to this record—you experience it. So it’s entirely fitting that the self-titled album will bear the iconic logo of Stax Records, because at certain moments Rateliff seems to be channeling soul greats like Otis Redding and Sam & Dave. But as this gifted multi-instrumentalist honors the legacy of the legendary Memphis label, he’s also setting out into audacious new territory.