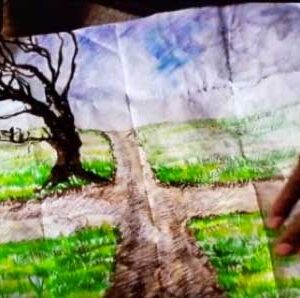 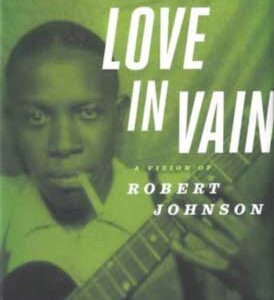 (OKLAHOMA CITY, OK) – The ghost of Delta bluesman Robert Johnson has been haunting my dreams these past few weeks.

Seriously. This crossroads business has really struck a chord, no pun intended.

In the film Crossroads, which I referenced in a recent Dust Devil Dreams post “Old situations need old medicines,” which highlighted Robert Johnson’s alleged midnight meeting at the crossroads with the Devil, where he would tune the bluesman’s guitar and hand it back to him, assuring the mortal has amazing guitar-playing abilities.

In the film, Ralph Macchio’s guitar-playing genius Eugene “Lightning” Martone springs old bluesman Willie Brown (an old pal of Robert Johnson, and a guy who also made a deal with the Devil) -played by Joe Seneca – from his incarcerated state in a New York nursing home. They flee to Mississippi where Willie promises Eugene they will find Robert Johnson’s long-lost 30th song (which does not actually exist). This is enough for Eugene to help Willie.

Along the way, they pick up a young, female hitchiker. While at a motel, the manager tries to have sex with her, but the streetwise girl gets the upper hand and she, Eugene and Willie steal the manager’s car and continue heading south to the Mississippi Delta, where their fate awaits – again, at the crossroads.

And as the manager gets his comeuppance as they steal the car, Willie tells him that he can find it at the “bus station in Jacksonville, Florida.”

When I heard that line I wondered if he really meant to say “Jackson, Mississippi,” since that would make more sense. Eugene and Willie came from New York to Memphis on a Greyhound bus and then hitchiked the rest of the way, so Jacksonville is nowhere near the Mississippi Delta, or Greenwood, Mississippi, where Robert Johnson died 80 years ago this month – on the 33rd degree line of latitude, no less.