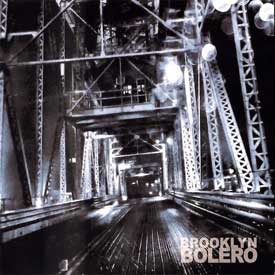 Eric started his musical career in the Boston area and has been a regular player on many national tours and showcases. He worked in Europe for two years with Nick Lowe and acts Bram Tchaikovsky and Wreckless Eric on Danish, German and British rock stages, returned to Boston and formed The Atomics, a cult power-pop band in South Boston. He has been on the road, in the studio, on stage, in front of or behind Jerry Douglas, Leon Redbone, John Mayall, Dr. John, David Bromberg, Andy McKee, John Hammond Jr., too many to name… With open tunings, slide guitar, lap-slap tone guitar and a remarkably aggressive fingering style approach, watching Eric Sommer will make you jump out of your seat and holler for joy! There are very few players who have maintained this authentic American style of guitar and Eric Sommer is one of the very best.

“… he’s played 250+ shows a year to become what many believe to be one of the best solo acts in the country, while his songwriting merits mention in the same breath as Elvis Costello, Joe Jackson and Nick Lowe” …Black Mountain News – Thursday, Jan 7, 2016

“This writer of prose, poetry and short stories has a populist perspective which seems steeped in irony and circumstance; it’s as if he’s hiding a universal truth that you just can’t put your finger on, but you know it’s there… his is a vision soaked in Crown Royal poured over sandpaper: smooth, with a bit of a bite. Deliciously low…” …Butch Lawson, Editor, Charm City Music Sheet, 2015

“Without a doubt one of the finest, most versatile players on the road today, Eric is a mash of styles that cover slide, finger-style, pure blues groove and dynamic improv approaches he calls “no fear playing”. Watching this guitar great will “make you jump out of your seat and hollar for joy” …Bugs Madison, UK Melody Mag, 2014