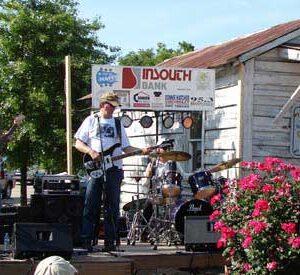 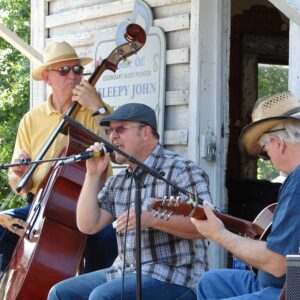 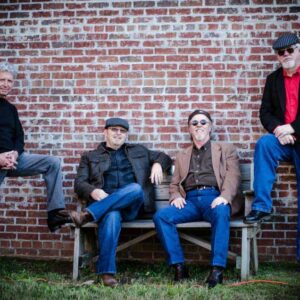 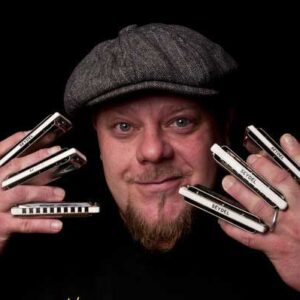 Three well-known Blues pioneers called Brownsville Tennessee home; Hammie Nixon, Yank Rachell and “Sleepy” John Estes. Celebrate their legacy at the Exit 56 Blues Fest. On Saturday of Memorial Day weekend each year, we celebrate these men and their unique style of country blues with live music, arts and crafts, a cruise in and our championship Deep-Fried BBQ Eating contest. Just minutes East of Memphis … off of Tennessee’s “Music Highway” (Interstate 40 @ Exit 56) in the heart of the Tennessee Delta! The music fest is West Tennessee’s only dedicated Blues festival outside of Memphis.

The event opens at noon with Memphis Jones, a regular at B.B. Kings in Memphis and music historian who entertains the audiences with stories about the songs he sings. Also performing is West Tennesseans Lorina McMinn and The Myxx,Dorothy Guinn and Savannah Shoals; and Mississippi’s Sean Apple and his All Night Long Blues Band.

Beginning at 5 p.m., the Elam McKnight Band takes the stage with a set of their own before backing up West Tennessee Bluesman Dudley Harris. Making a first time appearance at the festival  is The Bonafide Bluesmen featuring Linzie Butler, a Jackson TN native who has performed with Furry Lewis and other blues greats. Memphis’s Eric Hughes Band takes the stage at 7 p.m., entertaining with their special blend of Delta and urban blues.

Headlining this year’s festival is Little Boys Blue, a band formed in 1993 by the award-winning team of Jimmy D. Taylor (Brownsville) and Steve Patterson (Jackson). This band does “boogie blues with an attitude,” encompassing a mixture of electric, acoustic country blues, rhythm and blues and Americana roots music.

Admission is free. A complete schedule and directions can be found at www.Exit56Blues.com.