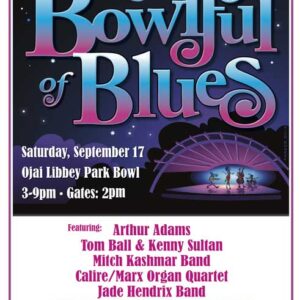 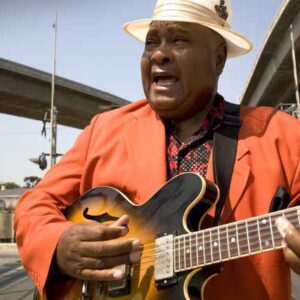 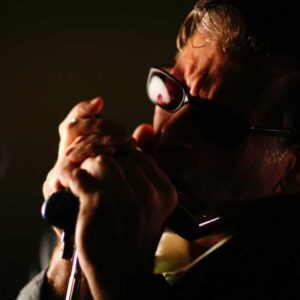 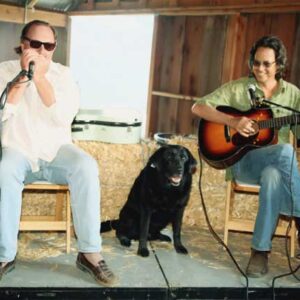 “Part of our reason for the return of the Bowlful of Blues after all these years is due to the fans,” says Michael Kaufer, Co-Founder/Producer of the festival in 1983, with the late Clarence Sterling. “Since the last concert in 2004 after Clarence’s death, people have continually stopped me on the streets asking for the concert’s return. Due to the event’s immense popularity, and the circumstances being right, the decision was made to reinstate the concert. The September 17 event will mark Bowlful of Blues 23rd year.”

Those circumstances include the other half of the duo known as the “Ojai Blues Brothers,” concert promoter Lanny Kaufer, rejoining the team as Assistant Producer, and the addition of new team member, Shane Butler, Concert Promoter & Producer of the Ojai Concert Series.

“The other piece that fell into place,” Michael Kaufer says, “was finding the right non-profit sponsor and we now have the Ojai Mardi Gras Wake-Up! Krewe.”

“Together, Michael, Shane and I went out and signed up the best blues legends we could find,” Lanny Kaufer says. “For instance, our headliner Arthur Adams worked with a legion of prominent blues, soul, R&B and jazz artists, including long-time friend, mentor and stylistic influence, B.B. King.” He adds that Adams also performed with other greats such as Lightnin’ Hopkins, Chuck Berry, Elmore James and Lowell Fulsom; penned tunes for Quincy Jones, Sam Cooke and Albert King; and recorded with Bonnie Raitt, Jimmy Smith, Jerry Garcia, the Crusaders, Dr. John, and others. He received a Blues Foundation Award nomination for his Stompin’ The Floor (Delta Groove).

Mitch Kashmar, harmonica player and vocalist, who once played with the supergroup War, is a Bowlful of Blues veteran, with his band, the Pontiax, performing at the first event in 1983.

Tom Ball & Kenny Sultan are also veterans of this event, and when not performing on stage, they work on film scores, TV soundtracks and commercials including the “Levi’s 501 Blues” advertisements.

The Calire-Marx Organ Quartet is led by local Jimmy Calire on Hammond B-3 organ, John Marx on guitar, Mario Calire, formerly of Wallflowers and Ozomatli, on drums, and Craig Thomas, just off the road from touring with Jimmy Messina, on sax.

Upcoming star Jade Hendrix is following in the footsteps of her famous mother who has worked with Tom Jones, Natalie Cole, and Barry Manilow.

Food will be on hand, including fried and roasted chicken dinners by Rondia’s Kitchen. The Shrimp vs. Chef and All American Softy food trucks will also be onsite. Premium beer, wine and snacks will be available. There is space for additional vendors, and there are opportunities for business sponsors, including a silent auction. Volunteers are also needed for this non-profit event.

Tickets may be purchased online; from businesses in Ojai, Ventura, Santa Barbara, Carpinteria, and Thousand Oaks; via mail; or at the box office on the day of the show.  For pricing and more information, see event website, bowlfofblues.org,