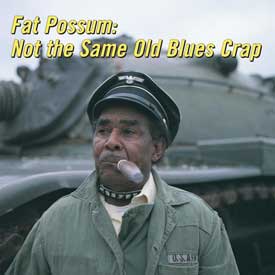 Started in 1991 by writer and recording engineer Matthew Johnson, Fat Possum gained national recognition with albums by North Mississippi bluesmen R.L. Burnside and Junior Kimbrough. Both artists will be represented in the series, with a vinyl reissue of Kimbrough’s Meet Me in the City available June 10, followed by Unplugged, a compilation of unreleased Burnside recordings out June 24.

Also premiering on vinyl will be Sunday Nights, the 2005 Kimbrough tribute featuring former Fat Possum group the Black Keys, Iggy & the Stooges, Cat Power and other artists. Digital editions of the label’s three Not the Same Old Blues Crap anthologies from 1997, 2001 and 2004 are all available now.

Check out a full list of the label’s future anniversary releases below.