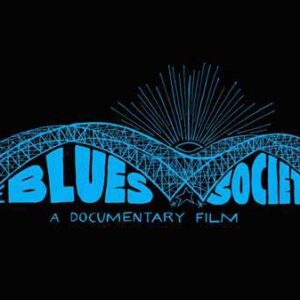 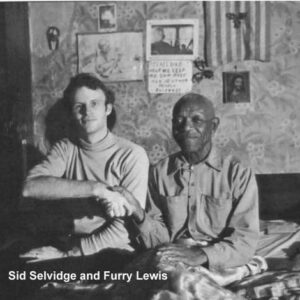 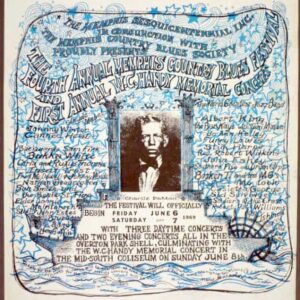 MEMPHIS, TN – Blues Society is a movie about a collective of artists and musicians in Memphis who loved blues music enough to change the way we think about it. Directed by Augusta Palmer, daughter of the late, legendary New York Times music critic Robert Palmer, this documentary captures the Memphis Country Blues Festival between 1966 and 1969, a time when blacks and whites came together in a city full of strife and segregation. The film has an amazing cast of characters like Furry Lewis, Fred McDowell, Jim Dickinson, Bukka White, Rev. Robert Wilkins and Bob Palmer. A crowd-funding campaign to raise money for the film has only about 7 days left to reach its goal. To see the film trailer and find out more about how you can participate, go here.

In 1966, The Memphis Country Blues Society created their first festival with a fistful of dollars and what society member Randall Lyon called a “heroic passion” for the blues. This collective from the counterculture launched an integrated music festival featuring bluesmen like Bukka White and Furry Lewis playing alongside younger white folk musicians like John Fahey at the Overton Park Band Shell (now the Levitt Shell), a space where staff restrooms were still segregated and the KKK had held a rally just one week before.

Three more versions of The Memphis Country Blues Festival were held, attracting increasing attention from fans in the city and people much further afield. Even in the face of the violence following Martin Luther King’s assassination in 1968, the Blues Society persevered. A recording from the 1968 festival became a major international release on Seymour Stein’s Sire Records, and, in 1969, the festival attracted a crew from New York’s WNET, and footage of the festival was broadcast nationally on Sounds of the Summer, hosted by Steve Allen. Combining a wealth of archival materials with new interviews featuring the organizers of the festival, The Blues Society traces the journey of the festival from improvised local celebration to an event of national prominence.

Augusta Palmer, daughter of the late, legendary New York Times music critic Robert Palmer, is organizing a crowd-funding campaign to help raise money for a film documentary she directed about the Memphis Country Blues Festivals that took place in the city’s Overton Park Bandshell during the 1960s. This film has an amazing cast of characters like Furry Lewis, Fred McDowell, Jim Dickinson, Bukka White, Rev. Robert Wilkins and Bob Palmer. The campaign has about 7 days left to reach its goal of $35,000. To see the film trailer and find out more about how you can participate, go here.

Blues Society features some incredible footage of and music from the artists, along with new interviews with GRAMMY-nominated author and producer Robert Gordon (author of It Came From Memphis, Respect Yourself; Can’t Be Satisfied); Reverend John Lewis; Peter Guralnick (author of Sam Phillips: The Man Who Invented Rock ‘N’ Roll; Dream Boogie: The Triumph of Sam Cooke; Last Train To Memphis: The Rise of Elvis Presley; Sweet Soul Music: Rhythm and Blues and the Southern Dream of Freedom; Feel Like Going Home: Portraits In Blues and Rock ‘n’ Roll; and Searching For Robert Johnson). It also tells the story of a peaceful, integrated gathering just one week after a KKK rally on the very same site.

“We had what you would call in rhetoric: eroico furore, poetic furor. We were inspired, we were in a frenzy. We had heroic passion. I always figured that was the best thing that could happen to you, to be caught up with a group of people with heroic enthusiasm for what they’re doing.”

Check the Kickstarter page to see how you can help. They also have some nice rewards as extra incentive. As with any endeavor, every bit counts.