Gator By the Bay Festival is Looking Blue 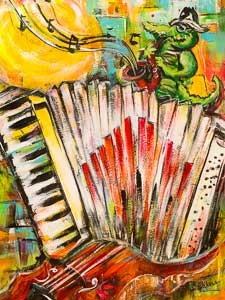 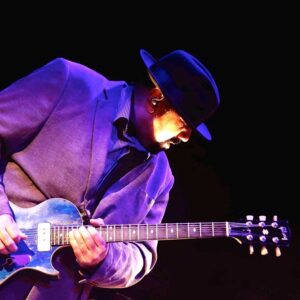 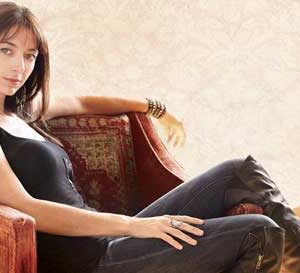 Blues lovers won’t be feeling blue at all when they peruse the Gator By the Bay schedule for 2015. The festival, which brings the joie de vivre of the Louisiana bayou to Spanish Landing Park in San Diego on Mother’s Day weekend, May 7-10, not only features the hottest Cajun & zydeco music, but also three days of one of the strongest blues lineups around.

Festival goers will enjoy about 24 blues performances on 5 stages throughout the fun filled weekend, from Grammy winning Chicago blues legends to a young crop of teenage bluesmen destined to assume the mantle of the next generation of serious talent.

Over the next few weeks, we’ll be highlighting just a few of the many performers that will be the delighting audiences. Here are some of the highlights for Sunday, May 10:

Chicago sound is in the house as Wayne Baker Brooks graces the Festival Stage (at the park’s east end) at 4:40 pm, with his electrified blues and contemporary style. The son of Lonnie Brooks, he accompanied his father as soon as he was old enough to play the guitar and has headed his own band for 17 + years, with an album, EP’s, and singles for his own label Blues Island Records.

Although he performed in San Diego at such venues as Street Scene and Belly Up Tavern many times with his dad’s band, this is Wayne’s first time playing in San Diego with his own band. While he reveres the older masters, about 80-90% of the songs he plays are original material. “I want people to open their minds to a contemporary blues sound. It’s more electrified, a little more urban, but still pays homage to those that came before,” Wayne explains and then smiles, “Once people open their minds and hearts, then we can have some good fun!”

Australian-born blues singer/guitarist Kara Grainger has her own distinctive style, playing slide guitar and singing movingly in a style that evenly balances the blues with soul and roots rock. The world first became aware of Kara in the 1990s, as part of the Sydney-based band, Papa Lips, with her brother Mitch, and eventually the band became known as Grainger, before Kara began pursuing a solo career. She will perform at Gator By the Bay at 6 pm on the Bourbon Street Stage with Backwater Blues Band, featuring Jimmy Woodard and Lance Dieckmann. The San Diego band prides itself on playing wide range of blues-based music, from authentic rock and blues, to soul blues, from funk to R&B. Founded in 1995, Backwater Blues has been a conduit for some of the area’s most well known blues musicians who have played with the band at one time or another. Lance Dieckmann is a harmonica dynamo and considered to be one of the best blues harp players in San Diego. He also has a powerful voice, well suited for blues and rock music that his audiences love. Guitarist, vocalist, and songwriter Jimmy Woodard is a highly accomplished veteran of the San Diego music scene who has played with numerous bands.

Harmonica virtuoso and vocalist Bubba McCoy will play the Fountain Stage at 2:40 pm. His music ranges from greasy deep blues to swinging jazz, with original songs that fit seamlessly with classics. Known for his “on the fly” songs, improvised on the spot and drawing from his life experience or his current surroundings, he performs with a “pouring his heart out” intensity to which his audiences respond in appreciation.

Of course, it’s not all blues at Gator By the Bay. Today in its 14th year, GBTB includes 85 performances on 5 stages over four days, and the musical acts cover a plethora of genres, from Cajun and zydeco to blues and swing, from Latin to rockabilly and honky tonk—and even some that defy strict categorization. At the heart of Gator by the Bay is the good-time Cajun and zydeco music and culture from Southwest Louisiana, with headliners including three time Grammy winning Cajun band BeauSoleil Avec Michael Doucet, Brian Jack & the Zydeco Gamblers, four time Grammy-nominated Cajun Pine Leaf Boys, and Terry & the Zydeco Bad Boys.

Beverages and great food, including 10,000 lbs of crawfish and other Louisiana favorites, will be available for purchase. Dance lessons, cooking demos, a festival marketplace, music and culture workshops, and a kids’ activity area will keep festival goers of all ages happy from open to close. For complete schedules, ticket information, artists bios, and all the goods on the festival, check out www.GatorBytheBay.com.