Gator in Blue in San Diego 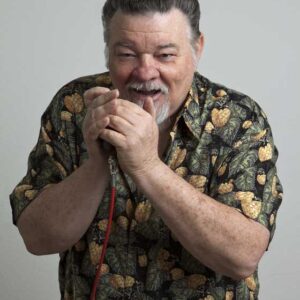 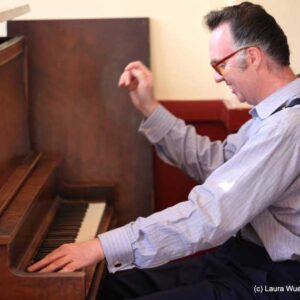 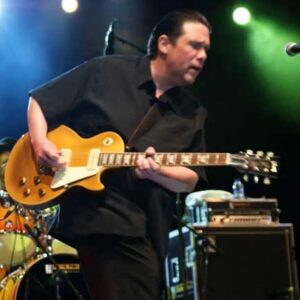 It may be thought that ‘gators are green, but you can color this Gator in shades of blues, when San Diego’s Gator By the Bay Festival 2015 presents what just may be its strongest blues lineup ever. From May 7-10, Spanish Landing Park, across from the San Diego International Airport on beautiful San Diego Bay, will be ground zero for a full roster of about 85 performances on five stages —from blues to zydeco, from Cajun to Latin, and from Rockabilly to gospel. Approximately 25 of those performances will celebrate the blues, from nationally known artists from Chicago and beyond, to favorite San Diego home grown talent. Whether you like your blues acoustic or electric, whether you’re all about the guitar or the harmonica, whether you’re in the Memphis, Delta or Chicago camp, you’re gonna be feeling the blues at Gator By the Bay — and loving it!

On Friday, May 8, Nathan James and the Rhythm Scratchers featuring Carl Sonny Leyland take the stage at 6:45pm. Nathan James has created a musical identity with his homemade instruments and self taught skills, and his virtuosity on the guitar has won him high praise from anyone he has ever played with or in front of. Kim Wilson once referred to him as, “One of the only guys in the world that can really play the traditional stuff right.”

This past October, Nathan released two new CDs. Hear Me Calling is a solo acoustic based release on which Nathan plays various acoustic guitars, as well as the famous washboard electric guitar of his own making. Natural Born That Way is an album featuring Nathan James with The Rhythm Scratchers and special guests Carl Sonny Leyland on piano and Big Jon Atkinson on guitar.

British born Sonny Leyland’s boogie woogie, ragtime and jazz piano skills are legendary, and he has played with everyone from Chuck Berry to Big Sandy & His Flyright Boys. Whether playing solo, with his Carl Sonny Leland Trio, or sitting in with various blues and jazz bands, his music displays an infectious spontaneity, paying tribute to the greats of old, but always having something new to say.

Saturday afternoon, June 9, sees James Harman & the Bamboo Porch Review on the Mardi Gras Stage. Raised in Alabama, harmonica player, vocalist and song writer, James Harman started playing the blues at juke joints and dance clubs throughout the South while still in his teens. Ending up in SoCal in the 1970’s, he made a big mark on the blues scene, and among alumni of his original Icehouse Blues Band are such noterati as Kid Ramos, Phil Alvin, and Nathan James, who is now the guitarist for Harman’s Bamboo Porch Review. His original songs have been used in movies and television, he’s been nominated for 19 prestigious W.C. Handy Awards (now known as the Blues Foundation’s Blues Music Awards), and has been inducted into the Alabama Music Hall of Fame.

Gator By the Bay has become known in recent years for putting together musical performances you won’t see anywhere else. A fine example of this will happen also on Saturday, May 9, on the Mardi Gras Stage when Chris James and Patrick Rynn will be getting down to some hot sounds, ably assisted by Carl Sonny Leyland on piano and Aki Kumar on harp.

Vocalist and lead guitarist Chris James and bassist Patrick Rynn have been at the forefront of today’s traditional blues movement, playing pure, unadulterated Chicago blues together since 1990. With multiple Blues Music Award nominations, a Blues Blast Music Award, and a 3rd place win in the 2008 International Song Writing Competition under their belts, these guys are well deserving of all the acclaim they have been garnering.

Dynamic San Jose, CA harmonica player Aki Kumar inherited his amplified Chicago blues style from the harp legends of the 1950s and 60s, mixing it all freely with his own sound. He came to the blues through an unlikely route, by way of Bombay, India, where he was born and raised, and began making a name for himself in the West Coast blues scene in. These days he leads the Aki Kumar Blues Band and is often heard working with the heavy-hittin’ blues band, Little Jonny and The Giants. Living Blues Magazine described him thus, “a strong, versatile harmonica player who draws on styles from Little Walter’s to Jimmy Reed’s, and when he sings, in robust low-tenor tones, he nails every line with near-perfect enunciation.”

For complete schedules, ticket information, artists bios, and all the goods on the festival, check out www.GatorBytheBay.com