Genoa Blues Festival will be back in 2017 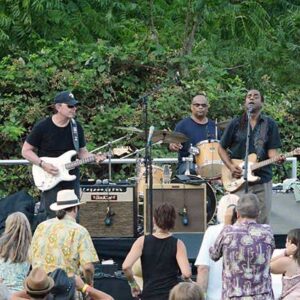 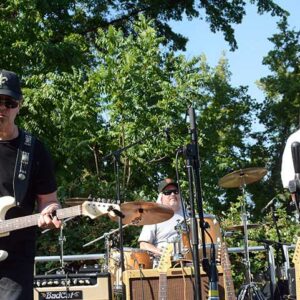 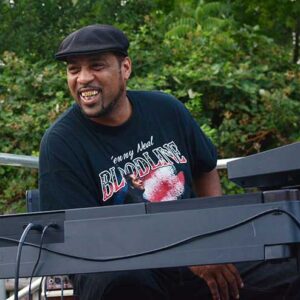 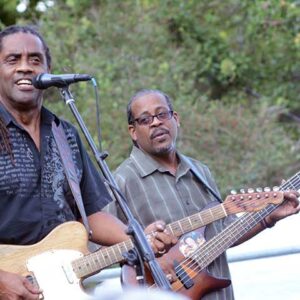 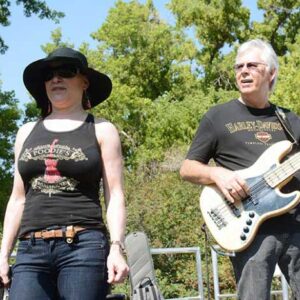 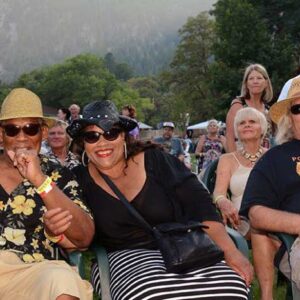 (Genoa, NV) – Blue skies accompanied red-hot blues as live music returned on Saturday [July 30, 2016] to Mormon Station State Park in Genoa. And while there was more room on the lawn for the fans, the organizer plans an encore next summer.

“I do it for the musicians and the music,” said Genoa Blues Festival Promoter Brad Andres, who put on his first public event. “Food and music together soothe the soul. Everyone was happy. I didn’t see anyone who wasn’t smiling from ear to ear.”

Kim Emmer and David Lee Clark.Louisiana’s Kenny Neal, of Baton Rouge, Louisiana, headlined the concert. He was backed by his brothers, Frederick on keys, Graylon on drums and Darnell on bass. Grady Champion, of Canton, Mississippi, the 2010 International Blues Challenge winner, performed and was backed by Reno’s Buddy Emmer Blues Band, which also played the opening set in the midafternoon heat.

“I love playing with Grady,” Emmer said. “I thought we sounded good together. He’s got that Howlin’ Wolf growl and is a great showman and is a real high-energy cat.”

Emmer, who wore a New Orleans Saints ball cap for the occasion, also took up Neal’s offer to join his band for a couple of songs toward the end of the show.

Early on, spectators found shade along the fence lines inside the grassy park in what is called “Nevada’s oldest town.” By the time the Neals played, the music and cooler weather enticed the concertgoers to move to the front of the stage and dance. A later start would have been better, but that was not an option.

The Blind Boys of Alabama and Charlie Musselwhite played in the same venue 13 years earlier, the last time the venue has had live music. Neighbors reportedly pulled the plug by complaining about noise. The stage was moved to the opposite (north) end of the park this time, and the music played from 3pm-7:15pm.

Andres said he is considering having next year’s show in June or September, when it should be cooler.

“We were the first to dip our toes in the waters,” Andres said. “Fire, police and all the locals I talked to were really happy. All the people who came to this will come back and they will bring three friends, and Kenny (the eldest of 10 siblings) said he’ll bring his entire family.”

Neal, who has an annual event in Louisiana, Kenny Neal’s Family and Friends Heritage Blues Festival, encouraged Andres to have his own festival, but offered a caveat: You will get better with experience.

“It was our first time out and we found our strengths and weaknesses,” Andres said. “The strengths were the team of volunteers and the sound crew and back line of stage and food. Now, we just need to fine tune vendors and advertising. We have a solid group and they are ready to do it again. They had fun.”