Ghost Town Blues Band is the Must See show of 2017 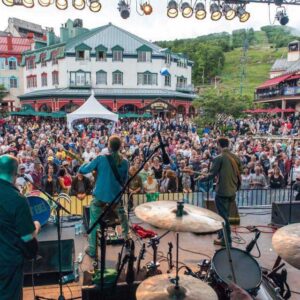 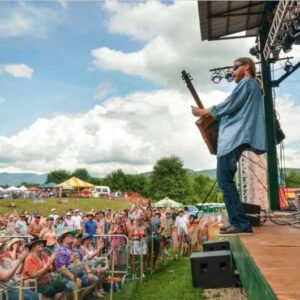 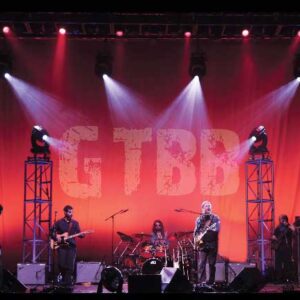 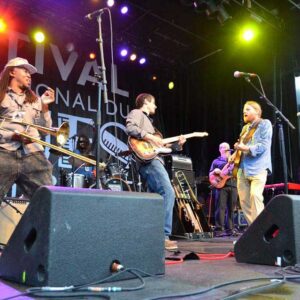 Ghost Town Blues Band is gearing up for yet another road heavy summer this year with already two Canadian trips under their belt for 2017. These Memphis boys played about 25 festivals in 2016, laying their last tour van, “The Memphis Train” to rest after accruing 225,000 miles on the fairly new Ford E-Series. “We called it ‘The Memphis Train’ because we often have a line of cars waiting to pass when we lug our trailer uphill,” laughs Matt Isbell, GTBB front man. “We’ve been really fortunate to have 5 international tours set up already this year with more than a dozen festivals across North America but me and the boys are definitely itching to land a festival overseas sometime in the near future.” Ghost Town Blues Band has one of the most unique and entertaining live shows on the festival scene incorporating a “second line” set starter, an arsenal of homemade instruments, “Allman Brothers style” twin guitar leads, Hammond B3, a “hip hop trombonist” that is known for his energetic dance moves and stage antics, and the band just has interesting takes on their carefully chosen, high energy cover tunes.

The band has released four records since 2009 along with Matt Isbell’s Once There Was a Cigarbox cd which is a no frills, down and dirty, front porch full length album featuring Isbell’s cigar box guitars that he makes under the name “Memphis Cigar Box.” “I’ve made close to 400 cigar box guitars, some gas can, some silverware chest guitars and really, anything that isn’t bolted down to the floor, I can make a guitar out of it!” Isbell even has a guitar made of a bedpan the he affectionately calls the “Crapacaster.”

This band is a solid group with great music from the heart and they all seem to be good guys on the home team. “We’re not out there playing the same old blues. We have been given a once in a lifetime opportunity to be on stage in front of thousands of people every weekend and I put every last drop of energy into each show. I’m lucky. I know it and you know it and we know it. We’re burnin’ gas and kickin’ ass,” say Isbell.

Here are some of the featured festivals that you can catch Ghost Town Blues Band at this year: