Gilang Pandeka: Meeting with the blues and the love of fate 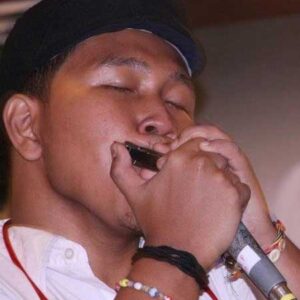 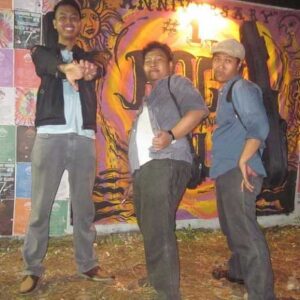 JAKARTA, INDONESIA – Gilang Pandeka is a harmonica player from Jakarta, Indonesia. He never had any interest in playing music before he met ‘the Blues,’ even though his family played music in their spare time as a hobby. But on November 19, 2009, Blues came after him. Gilang went to an independent movie festival in Jakarta, where heard a video clip of some unknown or non-mainstream musician. There was one song, that gave chills up his spine, called “Blues Iblis” (The Devil Blues) played by Adrian Adioetomo on guitar. The lyrics, the rhythm, the sound of guitar and Adrian voices keep running on his head.

Gilang tried to play guitar, but never progressed, then tried to play bass and came up with the same result. After hearing Sonny Boy Williamson number, “I’m A Lonely Man”, and a lot of other harp players, like Little Walter, Big Walter and James Cotton, and asked himself “Gee, why don’t you just play some harp instead?” He bought a harp but didn’t progress, playing it so lousy, then met a man, Aduy at Breaktime, a Blues Community in Jakarta in 2011, who willing, fully and patiently taught him how to play harp and the blues. Aduy is himself a blues guitarist and harp player.

Breaktime changed Gilang’s musical abilities, senses, attitude, knowledge and experiences. Breaktime always had free jam session, where some “green” musician can taste how to play the blues in front of people and the atmosphere is so friendly. There’s no seniority and they no hecklers or swagger that make you feel like a low down dog. Gilang Pandeka says: “There are a lot of people who willingly teach or share their musical ability, off course in playin’ Blues. To become a part of Breaktime feels like riding along a train, a blues bound train. But it’s not all about musical ability, sometimes they were talking about Blues as sociological studies, sometimes reviewing blues within context of relation between man, culture and mode of production, heavy stuffs, ain’t it? But mostly, we shared some simple things, simple chats, with a lot of laughs and smiles.”

Gilang had his first gig at 2012, playing along with Devara and Friends. Up until this day, he was just an underdog in terms of skills, popularity and experience on the Indonesia scene. He’s not a full time musician and not quite often played in major gigs or on major festival. Now Gilang plays with The Smokin Duo and Fried Chicken Boys. They hope to release their first album within the next year.